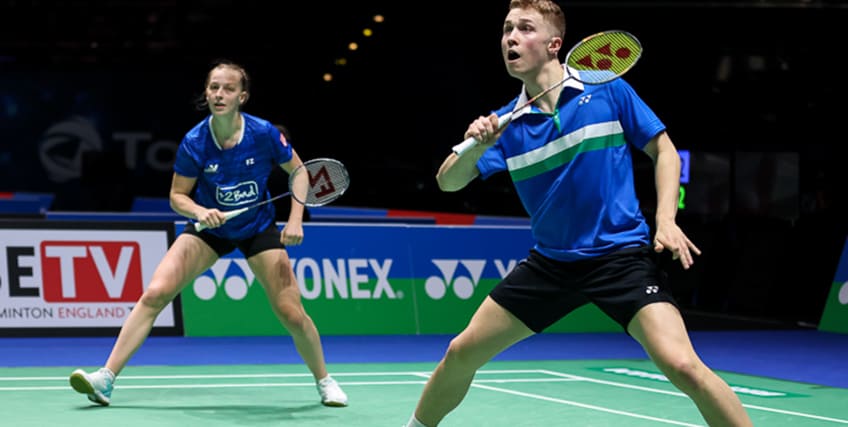 It’s quarter-finals day at the YONEX All England Open and we have ten back-to-back blockbusters on Geoff Rofe Court.

Top seeds collide in the mixed doubles as fast-improving French duo Thom Gicquel and Delphine Delrue aim for a second Super 1000 semi-final berth of the season. They will go in as underdogs against Malaysian third seeds Chan Peng Soon and Goh Liu Ying, who they have never beaten.

Marcus Ellis and Lauren Smith didn’t hide from their struggles on court in the second round – but they remain firmly in the hunt, and are the penultimate game on the TV court against Danes Mikkel Mikkelsen and Rikke Soby.

Meanwhile, Kento Momota is building ominously into his YONEX All England campaign and takes on world No.10 Lee Zii Jia, hoping for a seventh successive victory over the Malaysian.

Women’s singles stars are aligning with PV Sindhu and Akane Yamaguchi’s first meeting in a year a tantalising prospect. That’s before you talk about the draws that pit Mia Blichfeldt against Ratchanok Intanon and Nozomi Okuhara and Busanan Ongbamrungphan.