Back Where Fans Belong.

The World’s most prestigious Badminton tournament returns 16-20 March 2022. But more importantly this year, so do the fans. We missed you last year, so come and experience world class Badminton, all the edge of your seat action and an electric atmosphere at the Utilita Birmingham in March. All the best players from around the world will come together to fight it out on court to bring home the title.

It was double delight for India in the badminton singles at the Commonwealth Games in Birmingham, as Lakshya Sen and PV Sindhu won the gold medals in the men’s and women’s competitions respectively. For a while there was even the prospect of an all-Indian final in the men’s draw. ...

Malaysia exacted revenge against India in the mixed team final to win the first badminton gold medal at the Commonwealth Games. The south-east Asian heavyweights lost to India in the 2018 gold medal match but made amends, with Pearly Tan and Thinaah Muralitharan clinching the title with a women's ...

The eyes of the badminton world will again be on Birmingham as the National Exhibition Centre plays host to the Commonwealth Games badminton competition. The Games head to the host city of the YONEX All England Open this year, where ticketholders will be treated to seeing some of the world’s best players ... 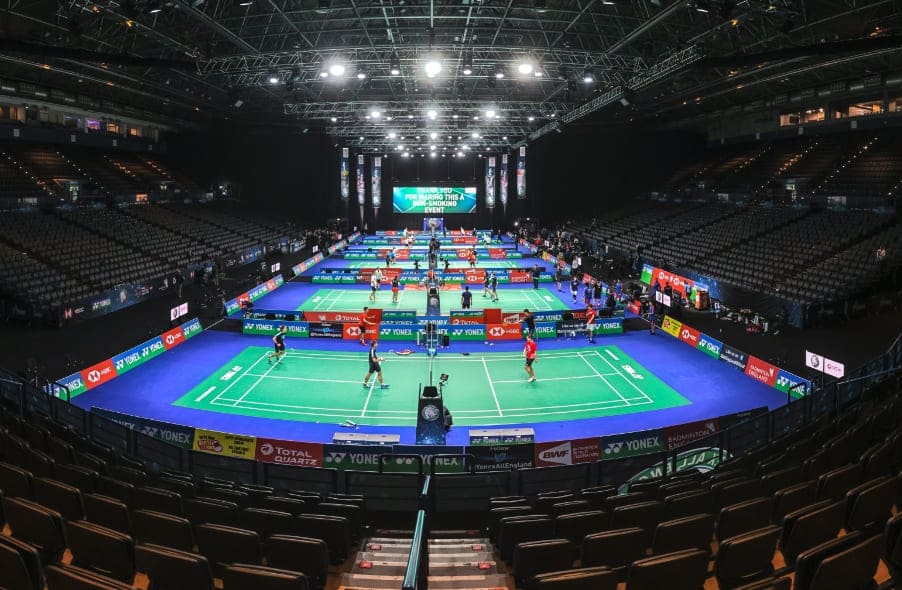 The All England Open Badminton Championships, or simply All England, is the world’s oldest and most prestigious badminton tournament.

Played annually, it developed after the success of the world’s first open tournament held in Guildford in 1898. The tournament was successfully organised in April 4, 1899, however only three categories (Men’s Doubles, Women’s Doubles and Mixed Doubles) were originally staged. Both Men’s and Women’s Singles were added the following year.

The first two tournaments were named “Badminton Association Tournament” and it was eventually considered (especially after the first Thomas Cup series in 1949) the unofficial World Badminton Championships until 1977 when the International Badminton Federation launched its official championships. The Championships have only ever been halted twice: during World War I from 1915 to 1919 and World War II from 1940 to 1946.