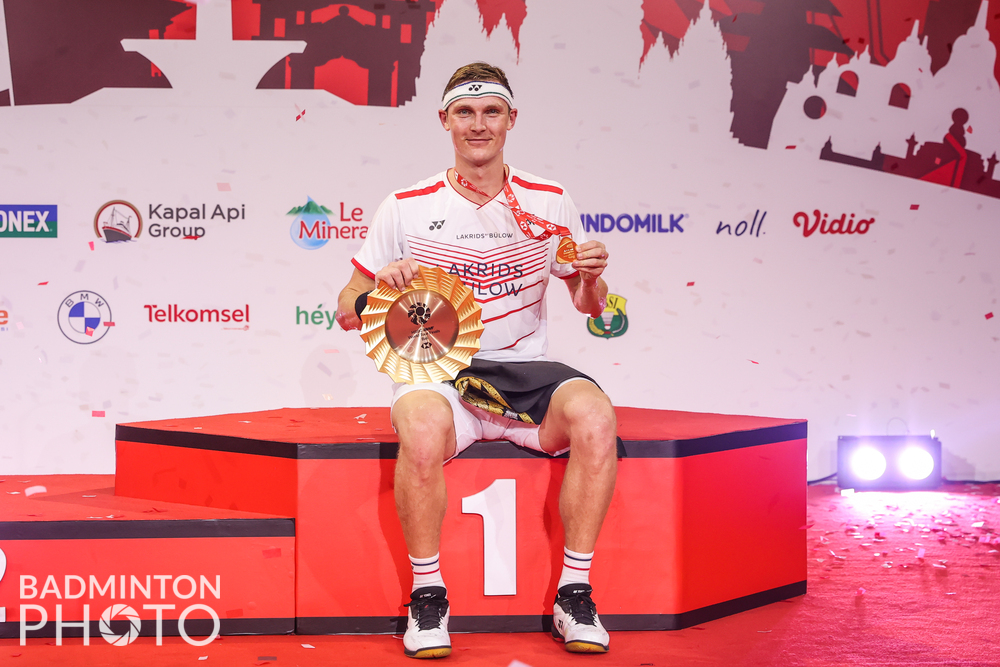 The world number six, who has also lifted the Indonesia Masters and Indonesia Open during the run of season-ending tournaments, produced a dominant display to topple India’s third seed PV Sindhu 21-16, 21-12 in just under 40 minutes.

Sindhu was making her third appearance in the final having won this event back in 2018 but had neither the pace or energy to match An.

The win saw the 19-year-old became the first ever South Korean woman to win the season-ending title.

She had already picked up a momentous win in the semi-finals, beating top seed Pornpawee Chochuwong in a thriller, 25-23, 21-17.

Meanwhile, Sindhu will have to recover quickly ahead of defending her World Championship title in Spain, with the tournament starting in just one week’s time.

In the men’s singles, Tokyo 2020 gold medallist Viktor Axelsen was once again in top form and swept to his first Tour Finals title.

The Dane was the beaten finalist at this tournament in 2020 but thrashed Thailand’s Kunlavut Vitidsarn 21-12, 21-8 in a one-sided final.

Vitidsarn is three-time junior champion but couldn’t lay a glove on Axelsen in the final.

The world number one had an even more comfortable semi-final against Lakshya Sen, cruising to a 21-13, 21-11 win.

The men’s singles had been particularly affected by injuries with both Japan’s Kento Momota and Denmark’s Rasmus Genke withdrawing.

That led to Axelsen and Sen advancing to the semi-final by default and the Olympic champion made the most of his advantage.

The men’s doubles was the only final to go to three games, with the second seeds triumphing.

There was no further Japanese joy in the mixed doubles final as Thailand’s Dechapol Puavaranukroh and Sapsiree Taerattanachai defeated top seeds Yuta Watanabe and Arisa Higashino 21-19, 21-11.

The women’s doubles saw South Korea take the title after a brilliant week of badminton from Kim So-yeong and Kong Hee-yong.

The fourth seeds were in sensational form all week, topping Group A with three wins from three.

And they produced a top-class performance in the final to beat Japanese second seeds Nami Matsuyama and Chiharu Shida, 21-14, 21-14.