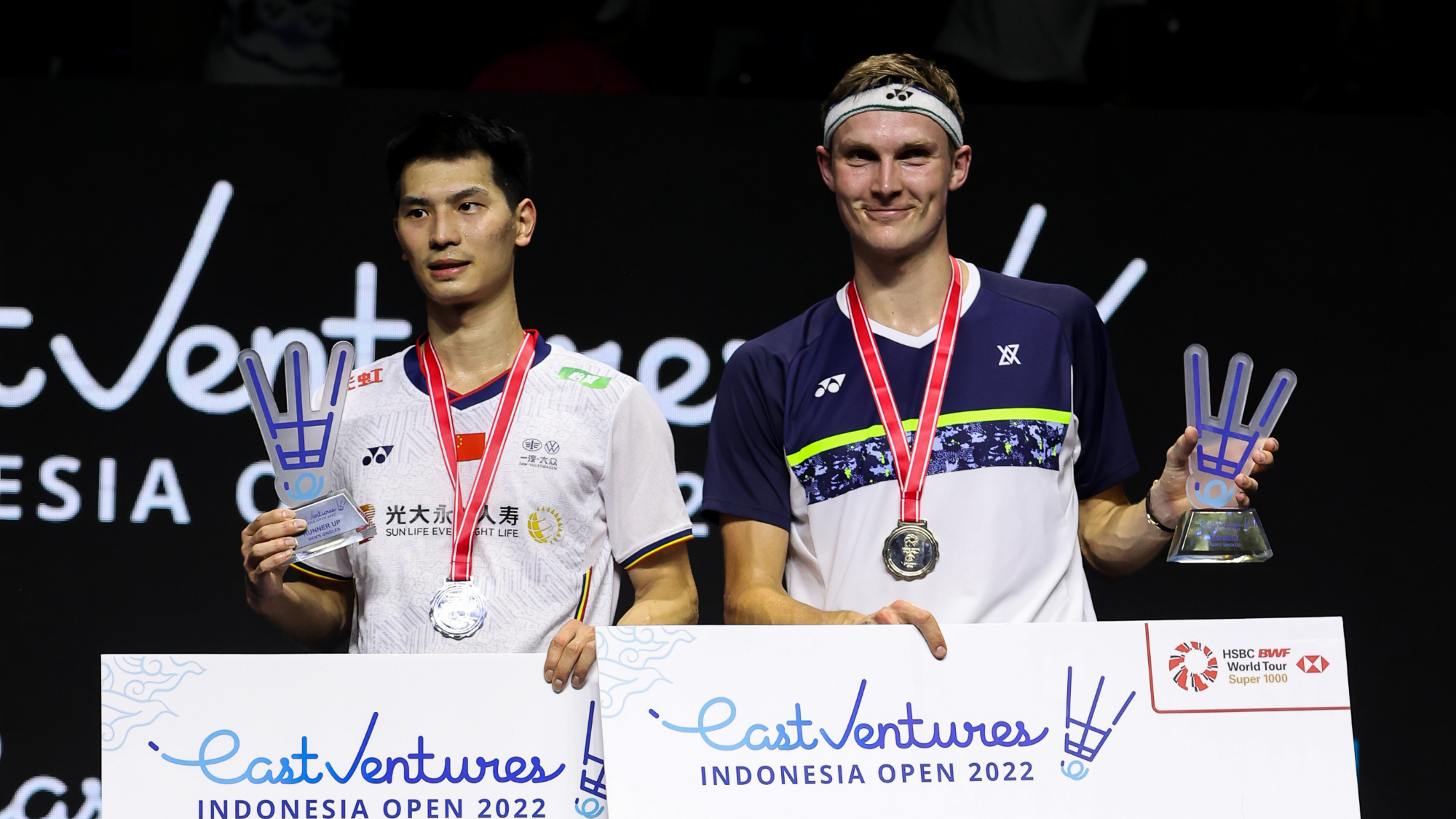 The Dane was in imperious form all week before reaching a peak with a superb display in a one-sided finale, his eighth consecutive Super 1000 final, against Zhao Junpeng.

The unseeded Chinese shuttler had done well to reach the last hurdle, but was no match for Axelsen on the day, who triumphed 21-9, 21-10.

The eventual winner’s biggest test came in the semi-final where he needed to go the distance against Malaysia’s sixth seed Lee Zii Jia in a tie which stretched to over an hour.

Axelsen was given a scare when he lost the first set but eventually progressed, 19-21, 21-11, 23-21.
The world No.1 was the only one of the top three seeds to progress past the first round, after Kento Momota was beaten by Rasmus Gemke and fellow countryman Anders Antonsen withdrew.

To all you wonderful Indonesian badminton fans: Thank you so much for your generosity and support. Have really enjoyed my time both on and off the court here! Also a big thanks to my team and family and friends ❤️ pic.twitter.com/8ulaq1RJhR

In the women’s singles draw Tai Tzu-ying claimed her third Indonesia Open crown after a thrilling fightback against China’s Wang Zhiyi.
The unseeded Asian Championship gold medallist took the opening game 23-21, but the world No.2 stormed back with two flawless sets to win 21-23, 21-6, 21-15.

Korean An Se-young was the defending champion at the Istora Gelora Bung Karno but was eliminated in the quarter-finals after a three-set loss to He Bingjiao.

Finals day in Indonesia had started with the success of China’s Zheng Si Wei and Huang Ya Qiong, who earned the mixed doubles crown.

They managed to see off Watanabe Yuta and Higashino Arisa of Japan in straight sets in the final, 21-14, 21-16.

Over in the men’s doubles final Liu Yu Chen and Ou Xuan Yi capped off a stunning run after being promoted to the main draw from the reserves list as they defeated Korea’s Choi Sol Gyu and Kim Won Ho, 21-17, 23-21.

Finally in the women’s doubles, Matsuyama Nami and Shida Chiharu of Japan retained their title won here last November after coming back from one game down against compatriot Fukushima Yuki and Hirota Sayaka.