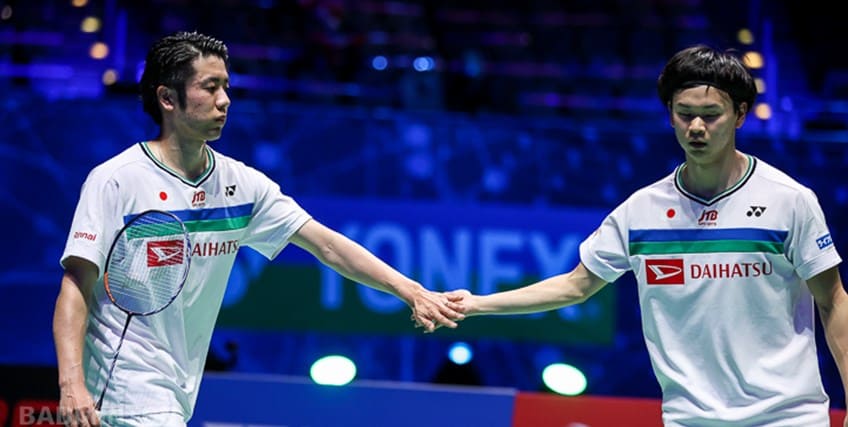 Can Endo and Watanabe be stopped in men’s doubles?

Japan’s Hiroyuki Endo and Yuta Watanabe have charted a path through the choppy waters of the men’s doubles draw and are on course to repeat as YONEX All England champions.

Their Danish semi-final opponents Jeppe Bay and Lasse Molhede left it all on the line, with Bay in particular throwing himself this way and that to counter their opponents.

But it felt like holding back the tide and the fourth seeds emerged 21-13 21-11 victors, fuelling hope of back-to-back victories at badminton’s most prestigious tournament.

“Our tactic is to never give up,” said Watanabe, who is 11 years younger than Endo.

“It’s a fantastic tournament, we’re very pleased to play and we’ll be focused on tomorrow.”

Watanabe went on to say that he would prefer to play Japanese pair Takeshi Kamura and Keigo Sonoda in the finals – and he got his way.

Men’s and women’s doubles will both see all-Japanese finals with the third seeds also making the showpiece with a straight games win over a Danish pair, downing Kim Astrup and Anders Skaarup Ramussen 21-18 21-14.

The final promises to be a tight one, with Watanabe and Endo winning each of the last three clashes between the pair.