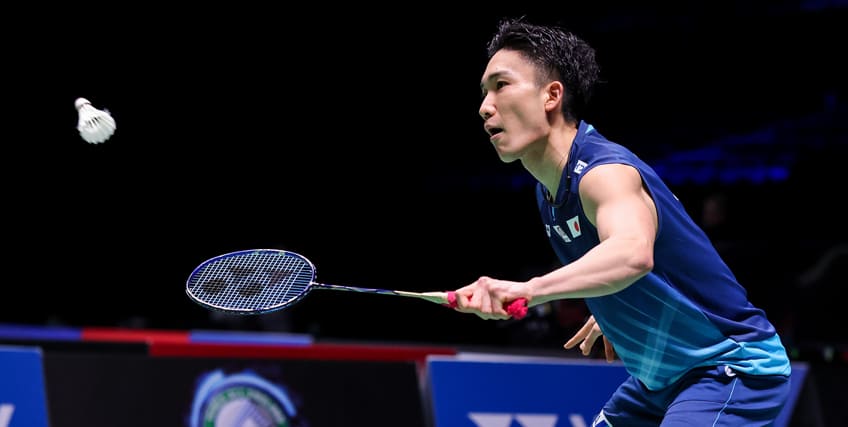 The YONEX All England Open has seen off 21 American Presidents, six monarchs and all but one edition of the modern Olympic Games.

And the herculean efforts of the event’s workforce, officials and athletes mean the 113th edition of badminton’s most prestigious tournament can be safely staged amid the global COVID-19 pandemic. Now, it’s over to the latter to do what they do best and thrill us all once again.

The men’s singles draw promises a glimpse of Japan’s Kento Momota in competitive action the first time since January 2020. The reigning world champion has shown resilience to return from a car crash and a bout of COVID-19, and launches the next stage of his career against India’s Parupalli Kashyap.

At the other end of the draw is all-conquering Dane Viktor Axelsen, victorious in 23 of his last 24 matches and peaking at just the right time to improve on his Rio bronze medal in Tokyo. The 27-year-old’s defence of his All England title begins against Japanese Koki Watanabe.

In women’s singles, 2017 world champion Nozomi Okuhara will hope to rubber-stamp her tag as one of the favourites in a first-round assignment against Denmark’s Julie Dawall Jakobsen. The Japanese beat the world No.43 21-6 21-12 in their only previous meeting.

Japan’s third seed Akane Yamaguchi is likely to feature at the end of the week and begins against Qi Xuefei, while India’s Olympic silver medallist Puslara V Sindhu tests herself against Malaysia’s Soniia Cheah.

The Daddies are back in action and that means a men’s doubles draw to savour, the iconic Indonesian pair return to the court for the first time since the 2020 YONEX All England Open. Dual champions Marcus Fernaldi Gideon and Kevin Sanjaya Sukamuljo begin their quest to wrest back their title against Germans Jones Ralfy Jansen and Peter Kaesbauer.

They will be wary of Japanese duo Hiroyuki Endo and Yuta Watanabe, who edged them in the final last year. The fourth seeds, who have beaten the Minions in six of their eight meetings, are slated to take on Scots Christopher and Matthew Grimley.

As we begin in Birmingham, a number of pairs will fancy their chances of stamping authority on the mixed doubles draw. Indonesia’s Praveen Jordan, a former YONEX All England champion in men’s and mixed doubles, tops the draw alongside Melati Daeva Oktavianti and they open up against India’s Dhruv Kapila and Jakkampudi Meghana.

But European hopes are high in the mixed discipline, with French duo Thom Gicquel and Delphine Delrue fancied for a long run. The Swiss Open winners and YONEX Thailand Open semi-finalists face England’s Callum Hemming and Victoria Williams in the round of 32.