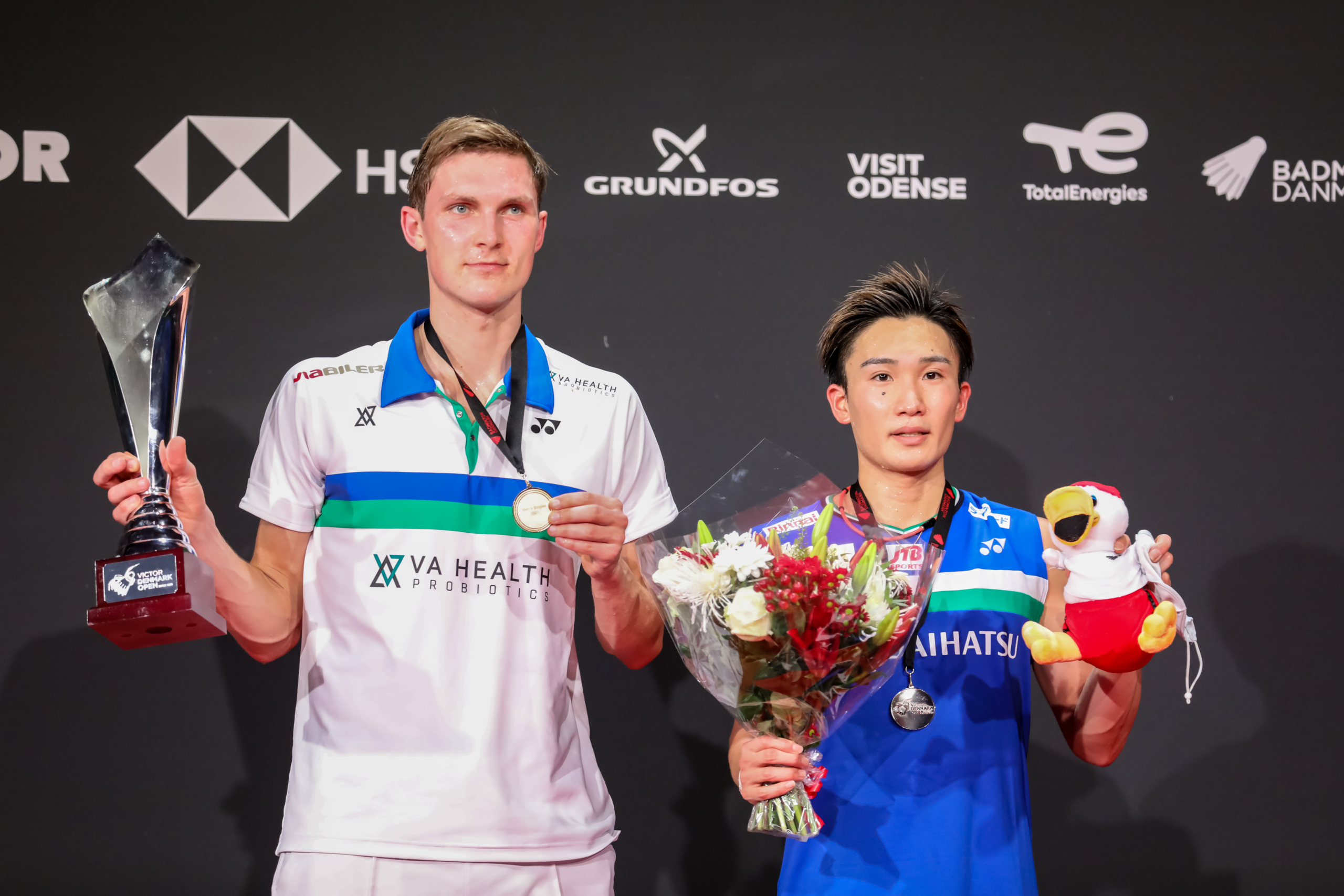 Axelsen was carrying home hopes after defending champion and third seed Anders Antonsen lost in the second round, and the Tokyo gold medallist safely reached the final without dropping a game.

The second seed came up against top seed Kento Momota – who had also had a flawless run to the final – in the showpiece and the Japanese ace took an early advantage, winning the opening set 22-20.

But Axelsen rallied to take the next two sets 21-18, 21-12 to claim his first Denmark Open title.

Though Momota lost in the men’s final, there was a Japanese victory in the women’s event with Yamaguchi coming out on top.

After the withdrawal of top seed Chen Yufei, Yamaguchi was the highest seed in the draw and twice came from a game down to reach the final.

Fifth seed An Se-young was her opponent in the final, the South Korean having ended Kirsty Gilmour’s impressive run in the last four on Saturday.

Se-young took the opening game in the final but faded afterwards and Yamaguchi was leading 16-5 in the decider when the fifth seed was forced to retire.

There was further Japanese success in both the men’s doubles and mixed doubles.

The unseeded duo of Takuro Hoki and Yugo Kobayashi caused a slight shock in the men’s doubles as they claimed the title, beating home favourites and eighth seeds Kim Astrup and Anders Skaarup Rasmussen 21-18, 21-12.

Hoki and Kobayashi beat third seeds and Olympic champions Lee Yang and Wang Chi-lin in the second round and dropped just one game on their way to an impressive triumph.

The English pairings of Ben Lane and Sean Vendy and Callum Hemming and Steven Stallwood both suffered opening round defeats.

Hemming and Jessica Pugh saw their campaign come to the end in the first round, while sixth seeds Marcus Ellis and Lauren Smith reached the second round before falling to Lee Jhe-hui and Hsu Ya-ching.

Much like in the men’s doubles, there was a surprise in the women’s doubles with unseeded Chinese pairing Huang Dongping and Zheng Yu beating second seeds Lee So-hee and Shin Seung-chan 21-15, 21-17 in the final.

Dongping and Yu beat four seeded pairings in their run to the title and twice came from a game down before an impressive victory in the final.

Eighth seeds Smith and Chloe Birch fell in the first round to Puttita Supajirakul and Taerattanachai.