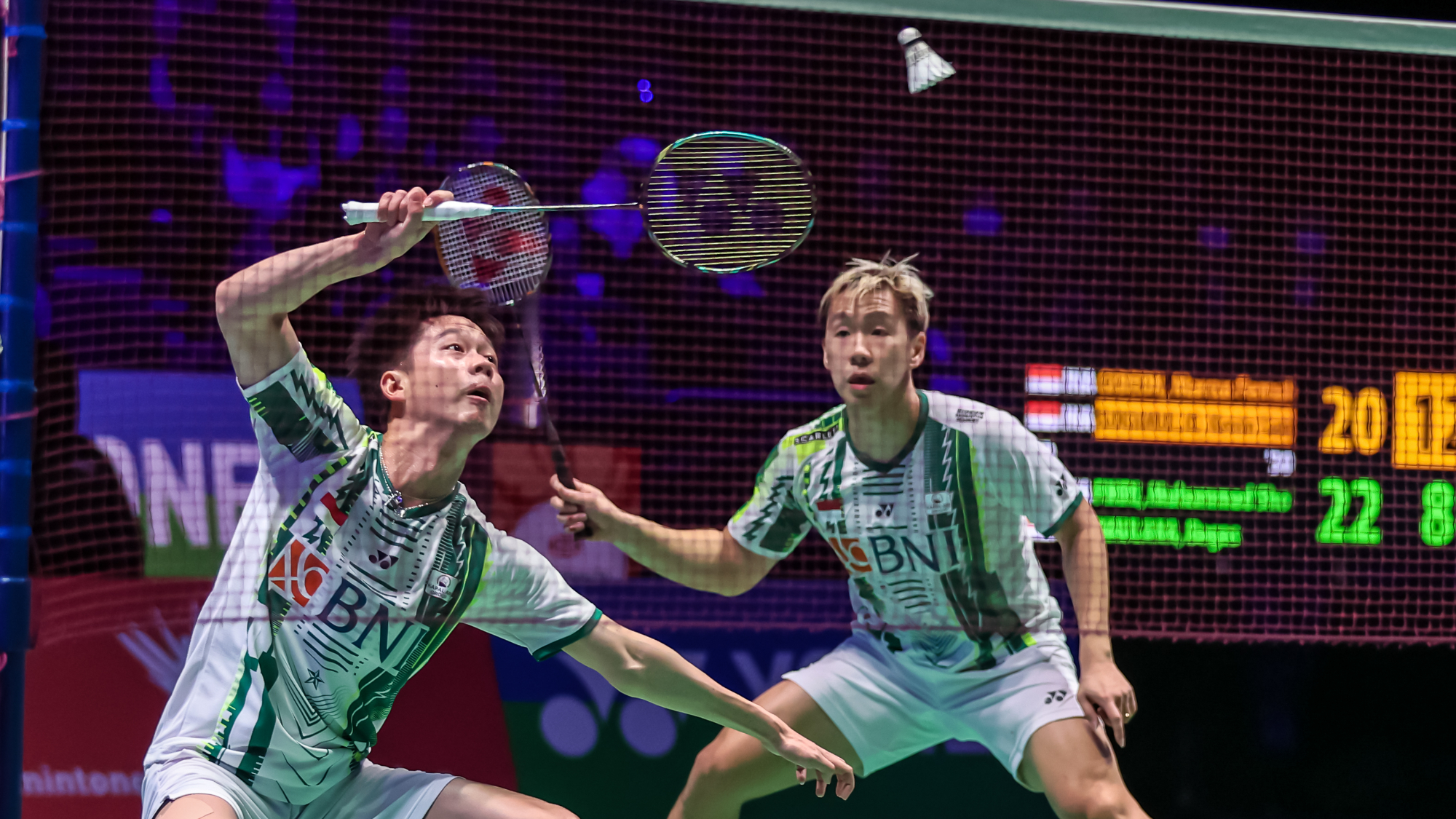 The men’s number one doubles pair Marcus Fernaldi Gideon and Kevin Sanjaya Sukamuljo are among the home favourites seeking glory in this week’s Daihatsu Indonesia Masters.

The BWF World Tour Super 500 event begins on Tuesday and will culminate with finals in all five disciplines on Sunday June 12.

Most of the world’s top ranked players are in the draw, including the ‘Minions’ in the men’s doubles.

The most successful pairing in the event’s history will face off against French brothers Christo and Toma Junior Popov in a mouthwatering round one clash.

On the other side of the draw, Mohammed Ahsan and Hendra Setiawan – also of Indonesia – open up against Jeppe Bay and Lasse Molhede of Denmark.

Number three seeds Lee Yang and Wang Chi-lin of Taiwan are best placed to scupper hopes of an all Indonesian final.

In the men’s singles, Viktor Axelsen goes in as top seed ahead of 2019 winner and fellow countryman Anders Antonsen.

Axelsen starts against another home hopeful in Shesar Hiren Rhustavito while Antonsen meets Heo Kwang Hee of South Korea in the first round.

Chen Yufei, the women’s singles top seed, will face off against her compatriot Wang Zhi Yi in an all-Chinese opener.

Chen, the world number four, is seeded ahead of defending champion An Se Young, who starts her campaign against Mia Blichfeldt of Denmark

It’s a similar story in the women’s doubles where Chen Qingchen and Jia Yifan lead the rankings ahead of South Korean pair Lee So-hee and Shin Seung-chan.

The South Koreans meet Simran Singhi and Ritika Thaker of India in the first round while the Chinese couple look to quieten the home fans by beating Febriana Dwipuji Kusuma and Amalia Cahaya Pratiwi.

The Thai duo kick off the defence of their 2021 title against Thom Gicquel and Delphine Delrue of France.

Zheng Siwei and Huang Yaqiong lead the way on the other side of the draw, which also includes English pair Marcus Ellis and Lauren Smith.