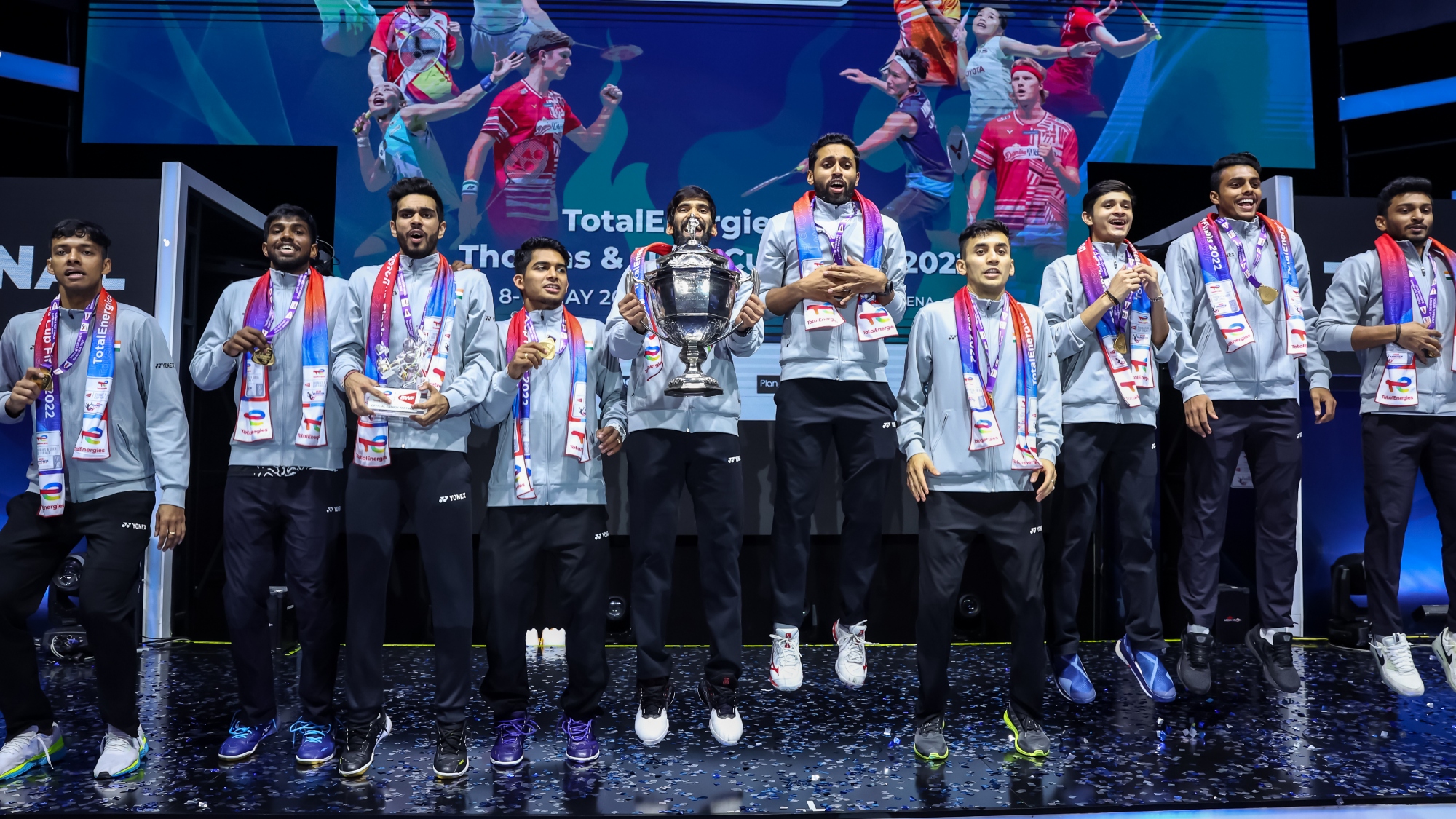 However, they were forced to settle for second place in their group after a 3-2 defeat to Chinese Taipei.

Chou Tien-chen beat Sen in three tight games to get Chinese Taipei off to a winning start, with Lee Yang and Wang Chi-lin then beating Satwiksairaj Rankireddy and Chirag Shetty respectively.

Victory for Lu Ching-yao and Yang Po-han over Arjun MR and Dhruv Kapila sealed victory for Chinese Taipei, though they would then fall 3-2 to Japan in the quarter-finals.

Elsewhere in the last eight, India overcame Malaysia 3-2 to set up a semi-final clash against a Denmark team anchored by Viktor Axelsen and Anders Antonsen.

Denmark had gone unbeaten in the group stage and, after dispatching South Korea in the quarter-finals, started well with Axelsen beating Sen in the opening match.

Yet wins for Rankireddy and Shetty, Srikanth Kidambi and a decisive victory for Prannoy HS in the final match over Rasmus Genke saw India set up a final against Indonesia.

Indonesia were defending champions and, led by Anthony Ginting and Jonatan Christie, had gone unbeaten in the group stage before knockout victories over China and Japan.

Sen started the final by rallying from a game down to beat Ginting 21-16 in the deciding game, before Rankireddy and Shetty defeated Mohammed Ahsan and Kevin Sanjaya Sukamuljo 18-21, 23-21, 21-19 in an epic contest to give India a 2-0 lead.

And it was Kidambi that sealed the Thomas Cup for India, a 21-15, 23-21 over Christie sealing a historic victory for his nation.

In the Uber Cup, South Korea cruised through the group stage with comfortable victories over the US, Canada and India.

South Korea only lost one match across those three ties, against Canada, with An Se-young beating Canadian Michelle Li and India’s PV Sindhu in both her singles matches to help them progress.

Their strong form continued in the quarter-final stage, with Denmark beaten 3-0 to set up a semi-final against Japan.

Japan had a similarly emphatic progression through the group stage with comfortable victories over France, Germany and Indonesia.

An rallied from a game down to beat Yamaguchi in the opening match of their semi-final, before Lee So-hee and Shin Seung-chan defeated Nami Matsuyama and Chiharu Shida to hand South Korea a 2-0 lead.

And Kim Ga-eun beat Okuhara to seal another 3-0 win and set up a final against China, who themselves had impressed on the way to the final.

China had not dropped a single match in the group stage with 5-0 wins over Chinese Taipei, Australia and Spain, with Chen Yufei not dropping a single game along the way.

Those dominant displays were backed up by 3-0 knockout victories over Indonesia and Thailand in the quarter and semi-finals respectively to set up their meeting against South Korea.

Yufei got China off to a strong start, beating An 22-20 in the final game to put China 1-0 up, though Lee and Shin then defeated Chen Quingchen and Jia Yifan to draw South Korea level.

He Bingjiao then restored the Chinese advantage with a comprehensive win over Ga-eun, though a deciding singles match was forced when Kim Hye-jeong and Kong Hee-yong beat Huang Dongping and Li Wenmei.