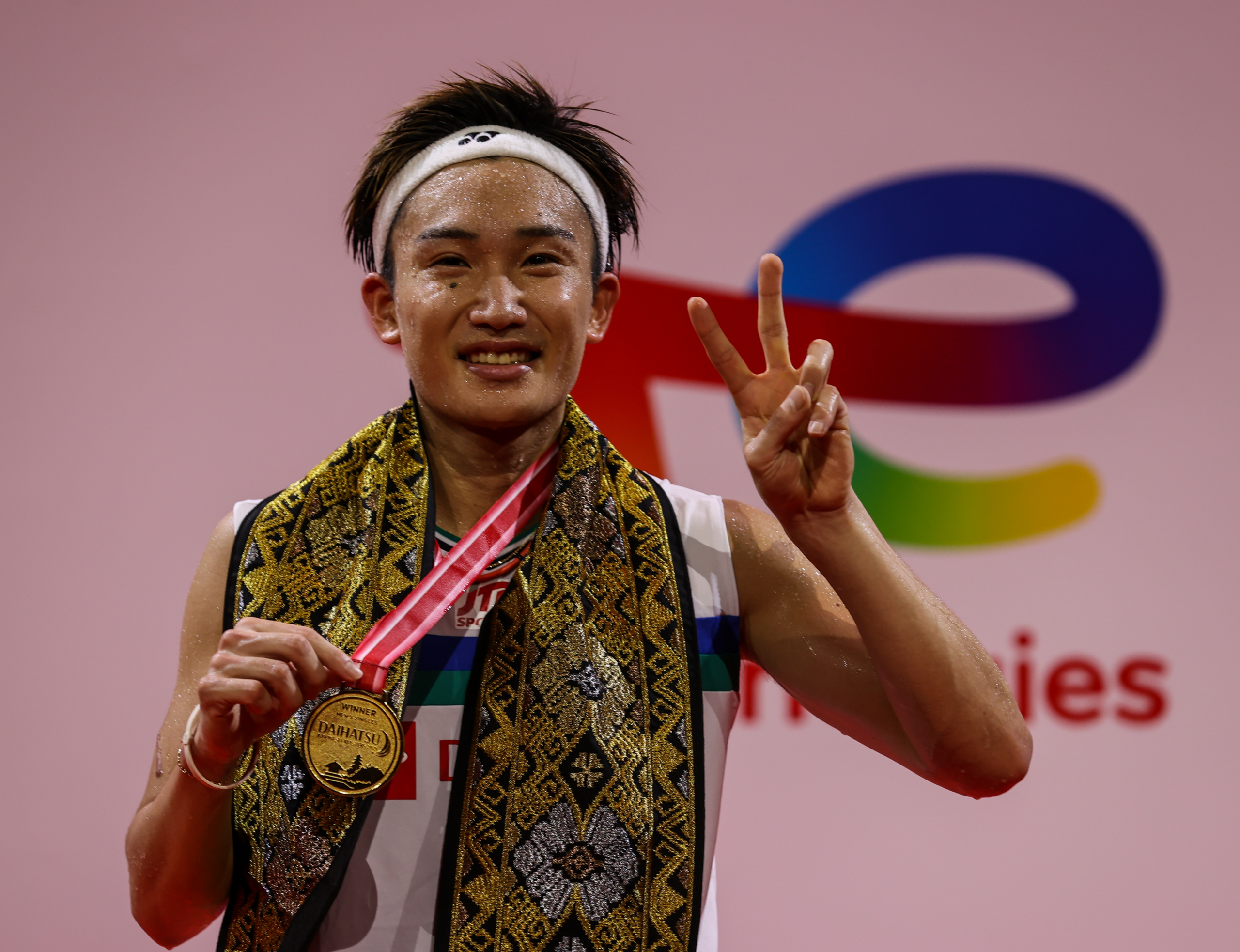 Kento Momota will look to continue his fine form as he goes in as top seed at the Indonesia Open in Bali.

The world No.1 kicked off the Indonesia Badminton Festival with victory at last week’s Indonesia Masters and now goes in search of reclaiming a trophy he has previously lifted in 2015 and 2018.

Momota opens up against India’s Lakshya Sen while elsewhere, second seed Viktor Axelsen will look to recover from his shock early exit last week and Chou Tien-chen will defend his 2019 crown from a seeding of fourth.

Reigning champion Akane Yamaguchi heads the women’s draw while An Seyoung, who shocked the Japanese star in Sunday’s Masters final, goes in as fourth seed.

Three Thai players – Ratchanok Intanon, Pornpawee Chochuwong and Busanan Ongbamrungphan – are seeded in the top eight, with Intanon looking to recreate the glory of her 2015 triumph.

The only Indonesian winners at their home event in 2019 were the irrepressible men’s doubles duo Marcus Fernaldi Gideon and Kevin Sanjaya Sukamuljo and they are top seeds going in to the defence of their title.

Second seeds Mohammad Ahsan and Hendra Setiawan, winners of this event in 2013, are also gunning for glory on home soil but face a tricky first-round clash against Masters winners Takuro Hoki and Yugo Kobayashi, who stunned the Minions in Sunday’s final.

The women’s doubles crown has not gone Indonesia’s way since 2008, a record second seeds Greysia Polii and Apriyani Rahayu will be looking to put right this week.

Kim So-yeong and Kong Hee-yong are top seeds and have a bye into the second round, where they could meet English sixth seeds Lauren Smith and Chloe Birch.

Also heading straight into round two are fourth seeds Nami Matsuyama and Chiharu Shida, who are looking to make it two from two in Bali after their Masters success.

An Indonesian Open title is so far missing from Dechapol Puavaranukroh and Sapsiree Taerattanachai’s glittering CV but the Thai stars are fresh from a Masters triumph and go in as top seeds in the mixed doubles ahead of home favourites Praveen Jordan and Melati Daeva Oktavianti.