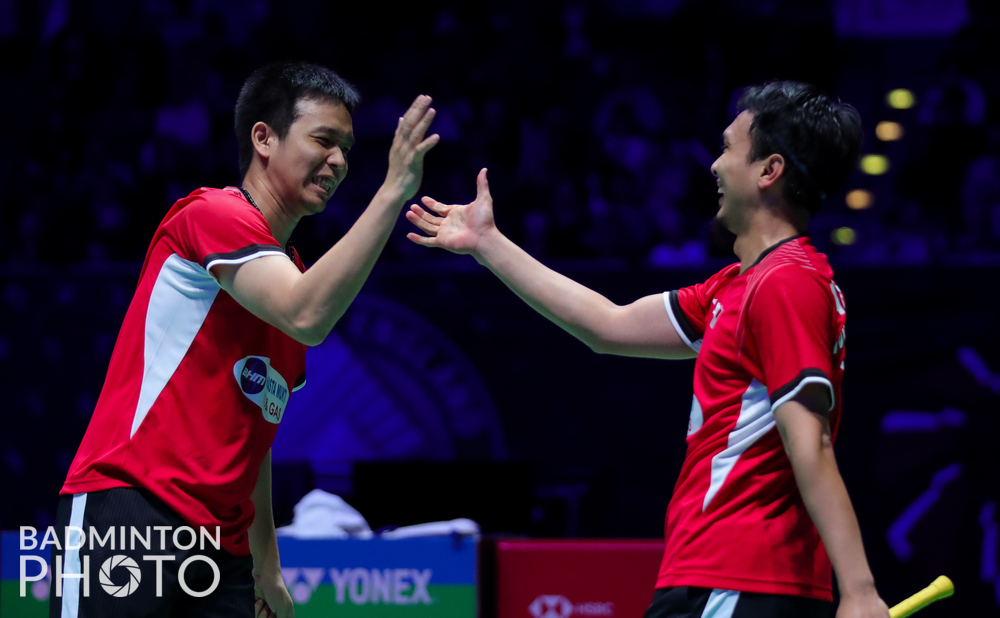 Led by YONEX All England champions, Indonesia are poised to mount their strongest bid in a generation to regain their Thomas & Uber Cup titles.

Indonesia’s next chance comes in Aarhus, Denmark from 9-17 October and they are well placed to challenge for a record 14th triumph in the Thomas Cup.

They will be led by the world No.1 and 2 men’s doubles pairings, both two-time All England champions, in the shape of Mohammad Ahsan and Hendra Setiawan and Marcus Fernaldi Gideon and Kevin Sanjaya Sukamuljo.

The cards they now have to play in the men’s singles are compelling with Olympic bronze medallist Anthony Ginting joined by world No.7 Jonatan Christie.

At the head of their Uber Cup squad will be women’s doubles Olympic champions Greysia Polii and Apriyani Rahayu.

The world’s top players come together again in Scandinavia having fought for the Sudirman Cup in Finland last week, where China retained their title.

China have another title to defend in the Thomas Cup, taking six of the last eight titles.

They will field a young squad this time around, including She Yuqi and Liu Cheng who were part of the cup-winning team in 2018.

Hosts Denmark became the first non-Asian nation to lift the Thomas Cup in Kunshan, China in 2016.

The Danes look particularly strong in the men’s singles and call upon Olympic champion Viktor Axelsen and world No.3 Anders Antonsen.

In the Uber Cup, defending champions Japan will be among the favourites with Akane Yamaguchi building on the fine form that saw her beat Olympic champion Chen Yufei in the Sudirman Cup.

Nozomi Okuhara could also take part in the women’s singles and they look very strong in the women’s doubles, fielding the last two sets of YONEX All England winners in Yuki Fukushima and Sayaka Hirota and Mayu Matsumoto and Wakana Nagahara.

Thailand, who finished as Uber Cup runners-up in 2018, can choose from Ratchanok Intanon, Pornpawee Chochuwong and Busanan Ongbamrungphan in the singles.

England have withdrawn the team scheduled to compete at the Thomas Cup owing to injuries to top-ranked players.