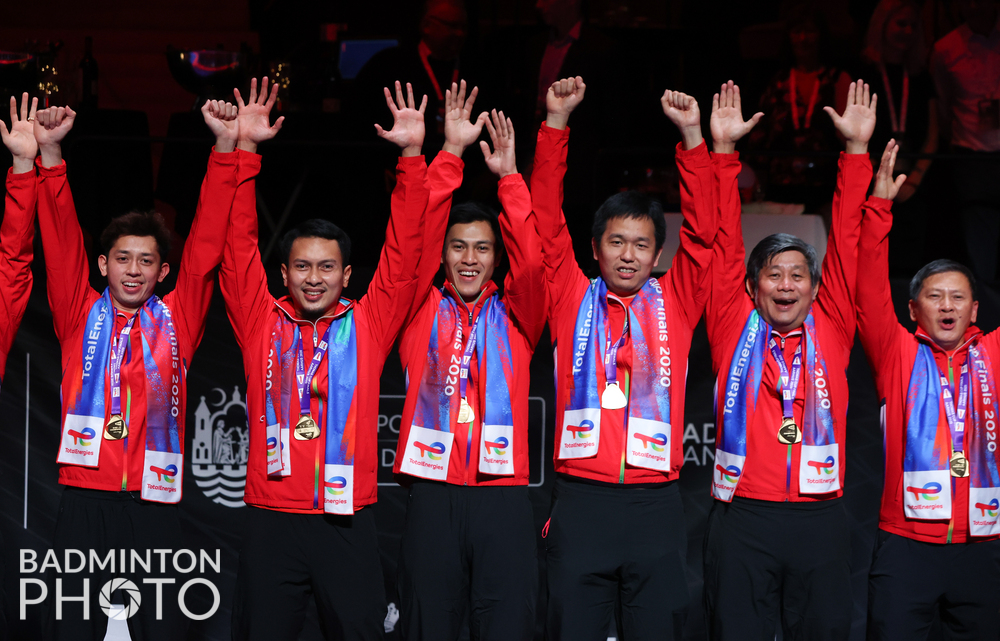 Indonesia won their first Thomas Cup in 19 years after a 3-0 win in the final over China, whose women beat holders Japan to claim the Uber Cup in Aarhus.

China reached the Thomas Cup final by beating Thailand and Japan while Indonesia knocked out Malaysia and hosts Denmark to make the showpiece.

In the Uber Cup, China did not lose a set on the way to the final, defeating Chinese Taipei and Thailand to set up their title tilt against Japan, who had come through against India and South Korea.

Anthony Ginting got Indonesia off to a perfect start in the Thomas Cup as he battled back in the opening singles, losing a tight first game 18-21 to Guang Zu Lu.

Ginting then pulled away in the second and third games to Indonesia’s first points on the board winning the final two games 21-14, 21-16.

In the first men’s doubles match, Indonesia chose to go with their third choice pairing Fajar Alfian and Muhammad Rian Ardianto, not selecting the number one and number two men’s doubles pairings in the final.

Former Yonex All-England Open champions Mohammad Ahsan and Hendra Setiawan and Marcus Fernaldi Gideon and Kevin Sanjaya Sukamuljo were left on the bench, but the decision paid off handsomely for Indonesia.

Ardianto and Alfian cruised to straight-games victory over Ji Ting He and Hao Don Zhou, defeating the Chinese pair 21-12, 21-19 to set up victory for Indonesia.

Christie took the lead, winning the first game 21-14 before Li evened up the tie, taking the second 21-18.

24-year-old Christie kept his cool in the final game, coming through 21-14 to secure Indonesia’s first Thomas Cup since 2002 and their 14th title overall.

In the Uber Cup, China improved on their bronze won in the last edition in 2018 to defeat the defending champions Japan, coming through the final 3-1.

Japan got off to the better start by winning the opening singles 21-18, 21-10 as Akane Yamaguchi overcame Chen Yu Fei to get Japan’s first point on the board.

That was to be their only point as China mounted a comeback starting with victory in the first women’s doubles match.

Chen Qing Chen and Yi Fan Jia won an epic first game 29-27 against Yuki Fukushima and Mayu Matsumoto, who have both lift trophies at the YONEX All England Open in the recent past.

The Japanese duo responded in the second game, winning 21-15 to force a decider with Chen and Jia took 21-18 to move China one game away from the title.

The Uber Cup was secured for China by Dong Ping Huang and Wen Mei Li who defeat another All England Open champion in Misaki Matsutomo and her partner Nami Matsuyama in a tight 24-22, 23-21 battle.