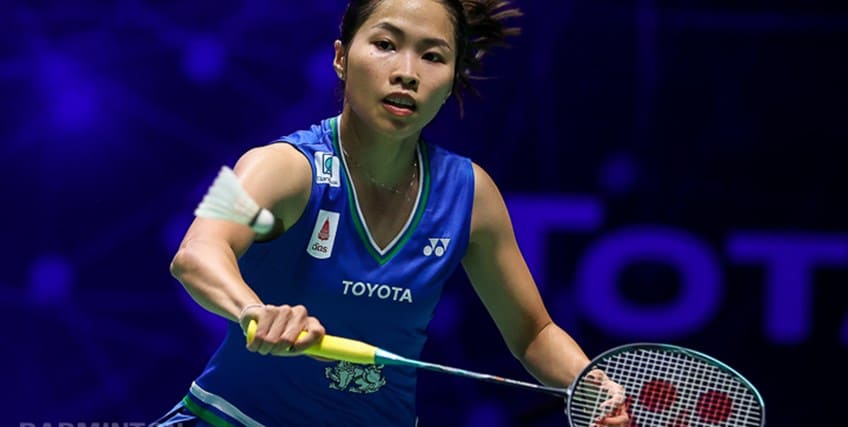 Intanon coming up on the rails at YONEX All England

There’s a danger of sleeping on Ratchanok Intanon with the women’s singles final four at YONEX All England featuring icons and names like PV Sindhu and Nozomi Okuhara.

But none could ignore the manner in which the diminutive Thai saw off the ever-improving Mia Blichfeldt in three games, and remained physically dominant in the late stages of the hour-long contest.

Intanon reached the final at All England in 2017 but since then hasn’t gone further than the quarter-finals.

“Today I still trusted myself that I could come back even though I lost the first game,” said the poised 26-year-old.

“I was trying to understand her [Blichfeldt] rhythm because she’s a fast player. I cannot play like her and match her speed. I tried to control things and follow her speed and change things up.”

On the quarterfinals, she said: “It will be still be tough, though we don’t have Marin, Tai Tzu Ying or the Chinese team here, we still have the Japanese.

In the women’s singles, all the players are very closely matched but it can depends on the day; the one who control the game can win.”

It is Okuhara who awaits the 2013 world champion after she outlasted Intanon’s compatriot Busanan Ongbamrungphan 18-21 21-8 21-16.

Meanwhile, Sindhu won a highly-charged clash with Akane Yamaguchi – taking a tense deciding set 21-19 – to set up a meeting with Pornpawee Chochuwong.

It’s Danes against Japanese in both semi-finals in the men’s doubles with the exuberant Kim Astrup and Anders Rasmussen taking out the Popov brothers in straight games.

“Obviously it means a lot, it’s one of our biggest results ever, combined with the Thomas Cup and China Open title. It’s really huge for us,” Astrup said.

The other semi pits Japan’s Hiroyuki Endo and Yuta Watanabe against Danes Jeppe Bay and Lasse Molhede, after both pairings won in straight games.

In the women’s doubles, world No.1 pairing Yuki Fukushima and Sayaka Hirota overcame stout resistance from Chloe Birch and Lauren Smith to prevail 14-21 21-12 21-14.

The defensive maestros were rattled after losing their thread in the first game but battled back to take the contest that ran 1 hour and 16 minutes.

Three of the four pairings that remain in the draw are Japanese, with Nami Matsuyama and Chiharu Shida and Mayu Matsumoto and Wakana Nagahara set to face off tomorrow.