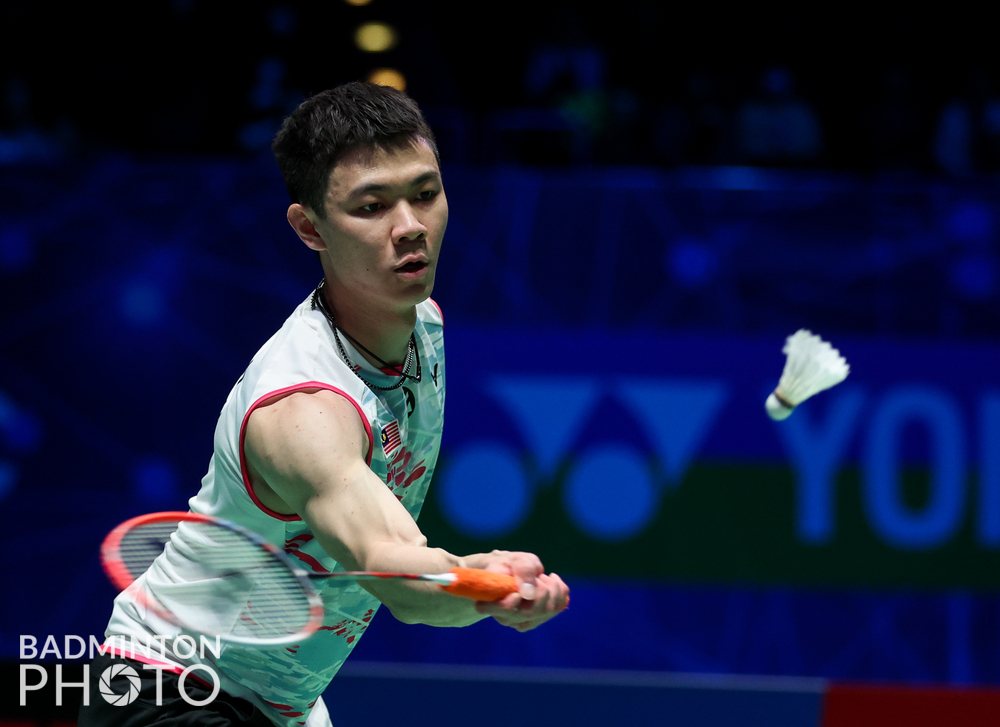 Lee Zii Jia is defending his YONEX All England title ferociously and will be tested in the semi-finals by a fellow rising star, Lakshya Sen.

The Malaysian beat 2019 champion Kento Momota in a compelling, see-saw quarter-final that enraptured fans for just over an hour.

With the boisterous backing of the Utilita Arena Birmingham, Lee leapt into an astonishing 17-1 lead and won the opening game 21-7.

Momota was down 9-3 in the second and staring down the barrel but pulled ten successive points out of the bag to take it to a decider. That was won by Lee, convincingly, 21-11.

“There was a wind difference on the court and in the first set, Momota couldn’t control the shuttle and the pace very well,” said Lee Zii Jia. “I had the same problem in the second set.

“I tried to speed up the game in the rubber and focus on my attacking shots. The strategy worked well now and this win will give me lots of confidence.”

Lakshya Sen benefited from a walkover as China’s Lu Guang Zu withdrew due to a back injury, meaning he might have more in the tank for tomorrow’s final four face-off.

“Lakshya Sen has performed quite well recently and for me, I want to keep it the same way and enjoy the game,” said Lee.

“He’s getting there and in future he will be one of the top players, of course.”

Viktor Axelsen blasted his way to a fourth successive All England semi-final by thrashing Anthony Ginting 21-4 21-9.

The Dane will face Chou Tien Chen in the semi-finals after the Chinese Taipei star overwhelmed Jonatan Christie in straight games.

The ‘Daddies’ Mohammed Ahsan and Hendra Setiawan will also have to overturn history against lower-ranked opposition when they face Tan Qiang and He Ji Ting.

They went down to a shock defeat in their only previous clash, beaten in straight games at the 2018 China Open.