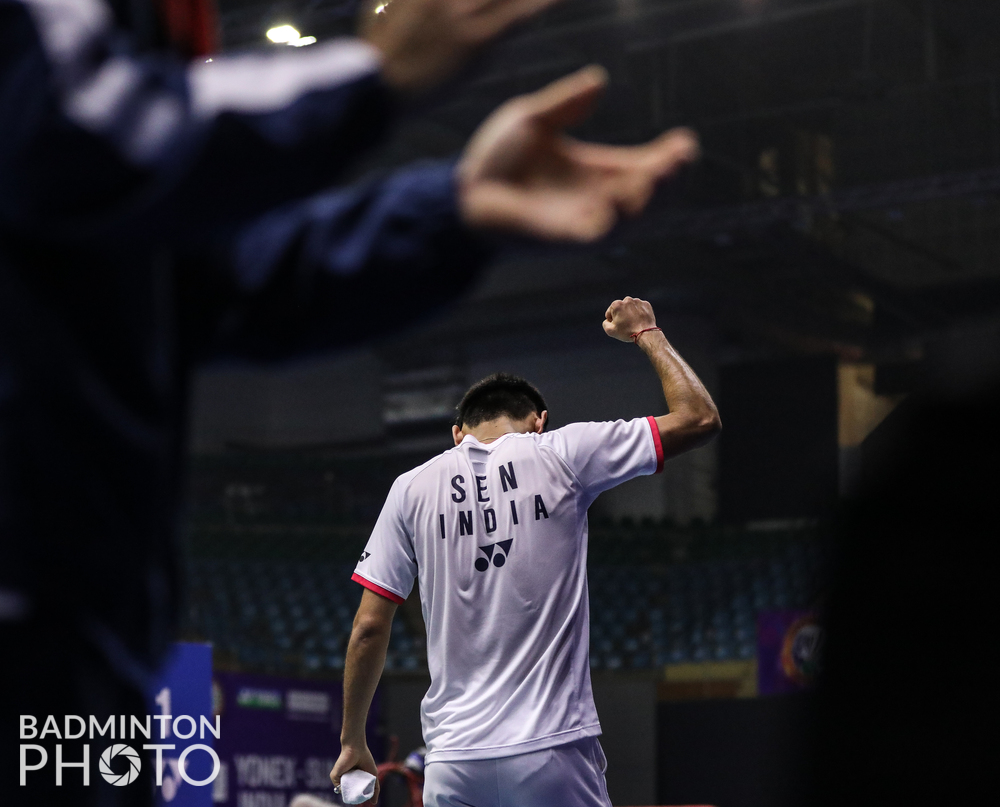 Lakshya Sen toppled world champion Loh Kean Yew for his first Super 500 title on a historic week for the home contingent at the YONEX-SUNRISE India Open.

The 20-year-old, who won bronze behind the Singaporean at the World Championships, hadn’t even reached a final at Super 500 level before the showpiece event in New Delhi.

When he did, Lakshya put in a career-best performance to outlast Loh Kean Yew 24-22 21-17 in a 54-minute tussle. It was the Indian star’s third victory on the BWF World Tour, adding to his two Super 100 titles.

The Indian colours were lifted in the men’s singles and doubles with Satwiksairaj Rankireddy and Chirag Shetty claiming a landmark triumph in the latter.

They became the first Indian pair to come out on top at the nation’s flagship tournament with victory over Indonesia’s top seeds Mohammad Ahsan and Hendra Setiawan.

Rankireddy and Sheddy claimed the opening rubber 21-16 but then needed to save five game points to win the second 26-24 and spark scenes of jubilation after 43 minutes.

The dual triumphs went some way to healing the wounds inflicted on Indian fans by the semi-final exit of PV Sindhu.

The Tokyo Olympic bronze medallist is the face of the sport in the country but missed out on her home title with a shock defeat to the world no.33 Supanida Katethong.

The Thai player reached her first BWF World Tour tournament final in the process, where she tasted 22-20 19-21 21-13 defeat to compatriot Busanan Ongbamrungphan