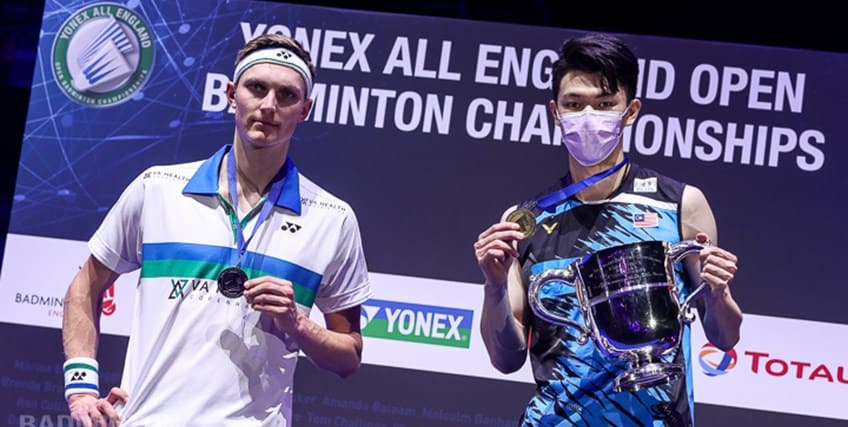 Just about everything that could have happened, happened at this year’s unique YONEX All England.

So it was fitting that Lee Zii Jia and Viktor Axelsen produced a men’s singles final in which just about everything that could have happened, did.

Lee, soon shirtless, roared at empty Utilita Arena Birmingham stands when he wrapped up the final game 21-9, and those lucky enough to be essential to the running of the event wanted to roar back at him.

“I can’t describe my feeling now,” said the 22-year-old. “It’s happy, sad, excited, all at the same time. It’s a very special moment for me.”

Sweat pouring from his brow was the least of his worries in a scarcely believable first game that Lee edged 30-29 after a series of winners and unforced errors from both players.

Axelsen said: “It was a crazy game. I had my chances in the first game and should have won it, if I wanted a chance to win the game. Unfortunately it went his way and I want to congratulate him. He’s been playing very solid this week and deserves to be the champion.

“I had no emotions in the game, obviously really disappointed about the mistake I made in the end. But that’s the game, that’s how it is.”

Lee said: “Both of us played every point. We had to take a very good focus. In the third set, maybe Axelsen lost a little bit of focus, so I got the advantage.”

There would be no back-to-back titles for Axelsen, king of the BWF World Tour at current, and it was his second defeat in 29 game.s

“It has been a pretty weird week,” he said. “We were almost out of it before it all started, and to get myself in the final and have a great semi-final, I used a lot of energy. Probably too much in the first two rounds.”