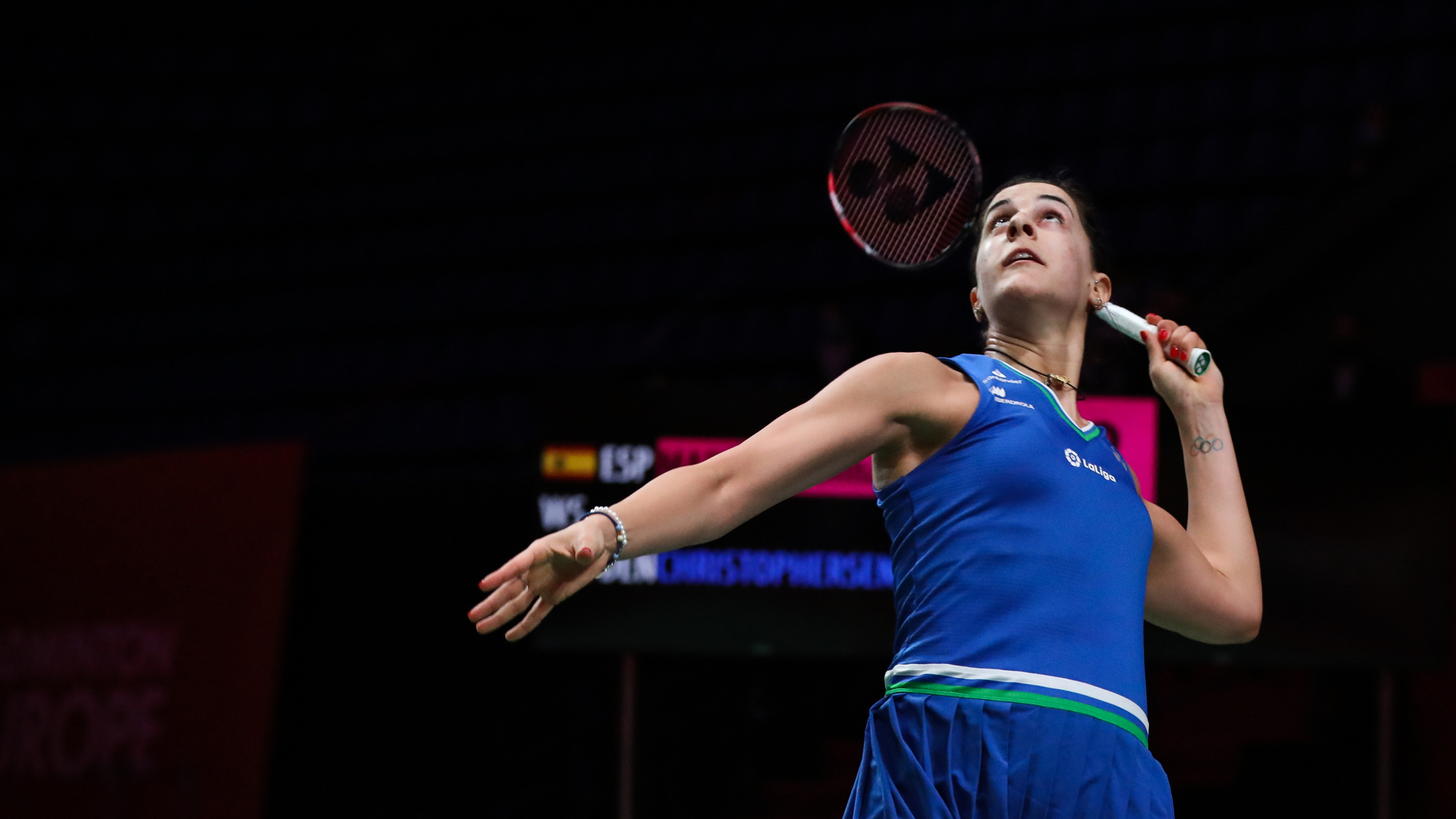 Carolina Marin will make her long-awaited return to badminton’s top table on home soil at the 2022 European Championships in Madrid.

The five-time winner hasn’t hit a shuttle for 11 months due to a debilitating knee injury but returns as defending champion having taken gold in Kyiv last year.

The Rio Olympic champion, who won the YONEX All England Open in 2015, is the top seed in women’s singles and will face Czech Katerina Tomalova in the second round.

Viktor Axelsen will be out to regain his title at the event that runs from April 25-30.

The Dane won continental gold for the first time in 2019 but lost out to compatriot Anders Antonsen at the last staging of the event in Kyiv a year ago.

Losing isn’t a feeling that ‘Viggo’ is accustomed to and he will aim to sweep all before him in the afterglow of victory at the 2022 YONEX All England Open.

Antonsen will again be out to stop him having lost to eventual finalist Lakshya Sen in the second round in Birmingham and exited the subsequent Swiss Open in the quarter-finals.

An exciting men’s doubles field includes England’s Ben Lane and Sean Vendy who will hope to build on last month’s maiden YONEX All England victory, which then saw them push Takuro Hoki and Yugo Kobayashi all the way in the second round.

England’s Marcus Ellis and Lauren Smith are top seeds in the mixed doubles and will aim to avenge a disappointing second-round exit at their home Super 1000 event.

And reigning champions Gabriela and Stefani Stoeva return to defend their title in the women’s doubles.