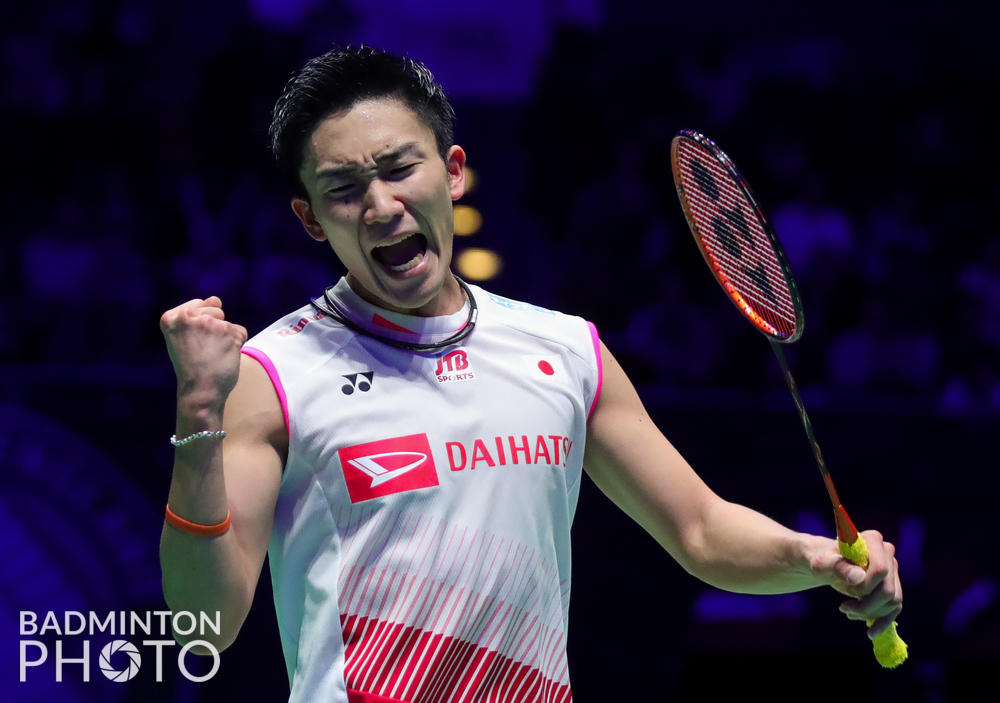 Since 1899, the YONEX All England Badminton Championships has time and time again served up its own unique brand of sporting drama.

Players from 17 nations have got their hands on the iconic trophies, spanning eras of English, Danish, South Korean and Chinese dominance.

The 114th edition of the event will take place on 16-20 March 2022 – and with tickets now on general sale, you can secure your seat at Utilita Arena Birmingham to watch champions crowned.

As the countdown continues, we’ve picked out five memorable moments from the tournament’s glittering history.

You couldn’t have written the script any better – a pairing from the host nation taking home the title in the centenary year of the sport’s most storied tournament.

Bringing together a perfect blend of intensity and calm under pressure, Archer and Goode became the first English pairing to win a title since Martin Dew and Gillian Gilks in the mixed doubles in 1984.

They harnessed the power of the home crowd in Birmingham to beat South Koreans Ha Tae-Kwon and Chung Jae-Hee in a dominant display, winning 15-2 15-13.

Going on to win a brilliant Olympic bronze medal together at Sydney 2000, Archer and Goode

Gail Emms grew up watching the YONEX All England, describing it as her favourite tournament and watching in awe of the Korean mixed doubles pair Kim Dong Moon and Ra Kyung Min.

The pair returned to Birmingham the following year as heroes and profited from the arena’s amazing atmosphere to lift the big prize.

They beat Danish duo Thomas Laybourn and Kamilla Rytter Juhl, who went on to take the world title in 2009, in a confident 15-10 15-12 display to send the Second City crowd wild.

No-one is unbeatable in badminton but the awe-inspiring women’s doubles pairing of Gao Ling and Huang Sui came mightily close to making rivals feel they couldn’t be bettered.

It’s one of the longest unbroken runs in the tournament’s history, standing proudly alongside Indonesia’s Rudy Hartono’s seven straight men’s singles titles in the early 1970s.

Gao Ling has to be considered as one of the greatest of all time – she lifted the mixed doubles trophy four times, three times alongside Zhang Jun and twice with Zheng Bo.

Japan’s success at the YONEX All England largely came in women’s doubles – but that was before the age of Kento Momota.

The Japanese world No.1 played out a gruelling final with Denmark’s Viktor Axelsen in 2019, lasting for an hour and 21 minutes with neither player taking a backward step.

“Winning this tournament has been a dream from my childhood,” he said. “Having won this it is a really big moment in my life.”

No YONEX All England meant more than the one held in 2021 – albeit the hordes of shuttle fans who descend on the tournament every year couldn’t be there.

It was destined to produce surprises with Lee Zii Jia producing a mammoth upset in the men’s singles, beating Viktor Axelsen in an incredible final.

The first game went all the way to 30, with the Malaysian prevailing 30-29, Axelsen hitting back 22-20 in the second and Lee Zii Jia taking the decider 21-9.

Lee became the first from his nation to since the legendary Lee Chong Wei to win the YONEX All England men’s singles title.