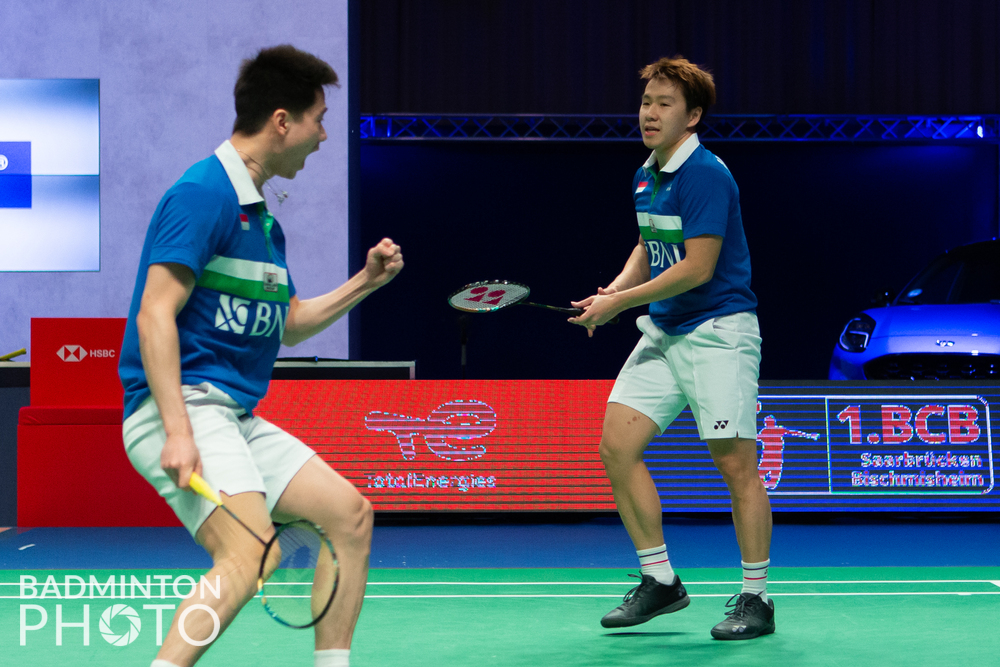 Minions are champions again at the HYLO Open

The Minions won their first BWF World Tour level title since the Indonesian Masters in January 2020 by capturing glory in Saarbrücken, Germany.

Gideon and Sukamuljo took advantage of a favourable draw and didn’t drop a game in the whole tournament, beating compatriots Leo Rolly Carnando and Daniel Martin 21-14 21-19 in the final.

“Here we try to take advantage of the situation because there are not many top players present, then just enjoy playing and have nothing to lose because you are definitely tired.”

Reigning YONEX All England men’s singles champion Lee Zii Jia saw his hopes of winning a second title of the year dashed by a back injury.

The world No.8 reached the final where he faced long-time rival Loh Kean Yew but retired with back pain late in the deciding game. The pair were going toe-to-toe with the score at 19-21 21-13 17-12 when he dropped out.

The Malaysian’s bid for a second singles title of the season to match the one he won at Utilita Arena Birmingham goes on.

In the mixed doubles, 2019 YONEX All England victors Praveen Jordan and Melati Daeva Oktavianti emerged with silver from a hotly-anticipated final with the Thai top seeds.

There was a slight scare for the Indonesian pair in the quarter-finals as they were run close by home favourites Mark Lamsfuss and Isabel Lohau, prevailing 21-14 18-21 21-12.

They were underdogs in the final and couldn’t find a way past exceptional top seeds Dechapol Puavaranukroh and Sapsiree Taerattanachai, going down 22-20 21-14.