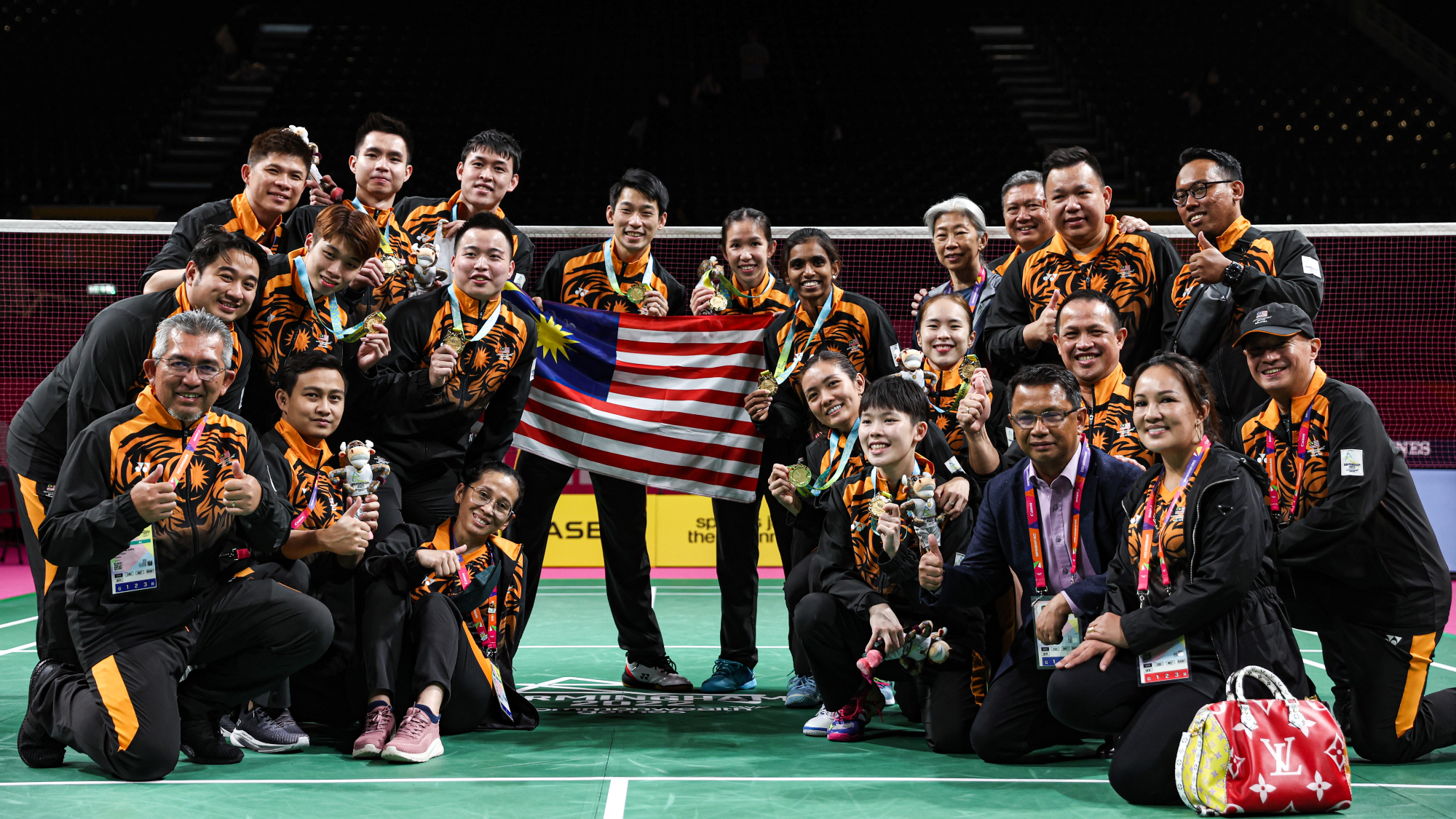 Malaysia exacted revenge against India in the mixed team final to win the first badminton gold medal at the Commonwealth Games.

The south-east Asian heavyweights lost to India in the 2018 gold medal match but made amends, with Pearly Tan and Thinaah Muralitharan clinching the title with a women’s doubles victory.

In an epic final that lasted four hours, Malaysia struck first in the men’s doubles through Aaron Chia and Soh Wooi Yik.

But a powerful performance from India’s PV Sindhu, the women’s singles top seed, levelled the contest at 1-1 after she beat Goh Jin Wei 22-20, 21-17.

That left the women’s doubles pair of Tan and Muralitharan to finish the job and reclaim the gold Malaysia last won in 2014.

They reached the final after topping South Africa, Jamaica and Zambia in Group D before notching 3-0 wins against Sri Lanka and England in the knockout stages.

Defending champions India eased through Group A featuring Pakistan, Sri Lanka and Australia, before beating South Africa and Singapore in the knockouts.

Elsewhere, host nation England were unable to repeat their podium finish from four years ago.

In a pool stage rematch with Singapore, it was the south-east Asian shuttlers who were in full control, kick-started by Terry Hee and Tan Wei Han’s doubles victory over Ben Lane and Lauren Smith.

And when Loh Kean Yew produced a stunning comeback to down Toby Penty in a centre court classic, 23-25, 21-11, 25-23, the Singapore team were limbering up to collect their bronze medals.

In the pool stage, Canada impressed, backing up two 5-0 wins over Uganda and Maldives with a 3-2 success over a gutsy Scotland, who went through in second.

Both saw their respective runs ended in the quarters, Singapore eliminating the Scots while Canada were downed by England, both ties finishing 3-0.

Attention in England’s second city now turns to both the individual and doubles competitions.