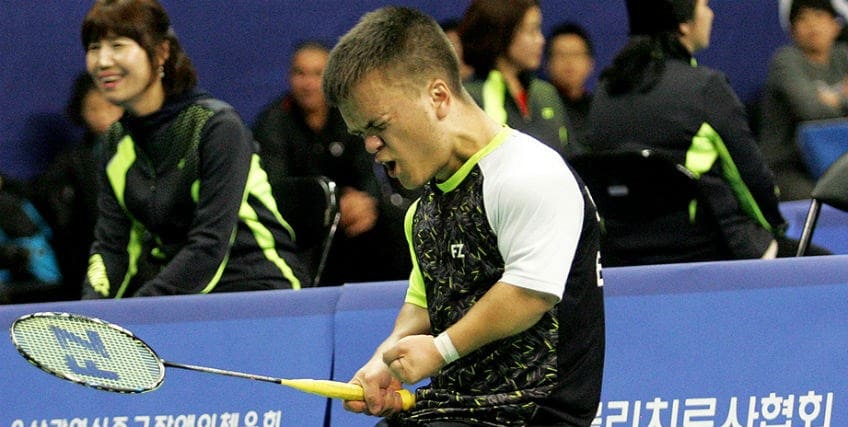 History will be made on Wednesday as badminton is played on the Paralympic stage for the first time.

During five days of high-octane action in the Yoyogi National Stadium, the sport’s maiden Paralympic medallists will be crowned across 14 disciplines.

The men’s and women’s wheelchair categories are split between WH1 and WH2 disciplines in singles, with the two coming together for the doubles competition.

The WH1 category is for athletes who have impairment in both lower limbs and trunk and/or have high spinal cord injuries, while WH2 athletes have one or more impairments in their lower limbs, one or more loss of legs (above the knee) and have minimal or no trunk impairment.

Reigning world champion Qu Zimo is among the favourites in the WH1 category, with the Chinese superstar fighting on multiple fronts in Tokyo.

As well as going for individual glory, Qu will team up with Mai Jian Peng in the doubles as the pair look to build on the world title they won in 2019.

South Korean pair Lee Dong Seop and Lee Sam Seop, ranked first and third in the world respectively, will be confident of mounting a challenge in the WH1 singles while the former joins forces with Kim Jung Jun in the doubles.

Kim, who has won the last four WH2 singles world titles in succession, will hope to reign supreme once more in Tokyo.

He goes into the competition top of the world rankings and will face fellow countryman Kim Kyung Hoon and New Zealander Grant Manzoney in Group A.

Hong Kong’s Chan Ho Yuen and Great Britain’s Martin Rooke are the top ranked players in the other two groups.

The remarkable Chinese teenager Liu Yutong is the woman to beat in the WH2 category.

Liu, who lost both her legs in a car accident aged just four, was No.1 in the world by the age of 15 and scooped world titles in singles and doubles in 2019.

She will again have Yin Meng Lu alongside her in the latter while Thailand’s Amnouy Wetwithan and home favourite Yuma Yamazaki are expected to provide strong challenges in the singles.

The home nation also hold strong medal hopes in the WH1 singles courtesy of reigning world champion Sarina Satomi, who will be confident of a podium place with Yamazaki in the doubles to boot.

The men’s singles SL3 category is played on half a court (lengthwise) by athletes with cerebral palsy, bilateral polio or loss of both legs below the knee.

Two groups of three will battle it out in Tokyo and the 2019 World Championship finalists, Pramod Bhagat and Dan Bethell, remain the top two ranked players in the world.

Bhagat, who takes on compatriot Manoj Sarkar in the group stage, came out on top in Basel but Bethell will be eager for revenge.

Eight competitors are going for gold in the SL4 category, for athletes who have an impairment in one or both lower limbs, unilateral polio or mild cerebral palsy.

Frenchman Lucas Mazur and India’s Tarun Dhillon have contested the last three World Championship finals, the most recent two of which have gone Mazur’s way, and their rivalry is expected to be renewed in the latter stages this summer.

In the SU5 discipline, for athletes who have impairments in their upper limbs, the two 2019 World Championship finalists are in the same group as Indonesian duo Dheva Anrimusthi and Suryo Nugroho go head-to-head.

And there’s a similarly titanic same nation head-to-head in the SS6 category, for athletes with short stature, as world champion Jack Shephard takes on Krysten Coombs in Group A. India’s world No.2 Krishna Nagar is the frontrunner in Group B.

Leani Ratri Oktila appears the one to watch in the women’s SL4 singles.

The Indonesian star was named World Federation Female Para Badminton Player of 2019 following a glittering year which included the World Championship title as one of 12 gold medals and she will be confident of adding more to her collection this summer.

Oktila will line up in Group A in the singles while the remainder of the world’s top four – Japan’s Haruka Fujino, Norway’s Helle Sofie Sagoey and China’s Cheng He Fang – will be favourites to claim the other top spots required to secure semi-final berths.

The SU5 singles is set to see the latest chapter in the battle between the experienced Ayako Suzuki and rising star Yang Qiu Xia.

The pair have contested the last two World Championship finals, winning one apiece, and Suzuki will hope home court advantage comes to the fore in Tokyo.