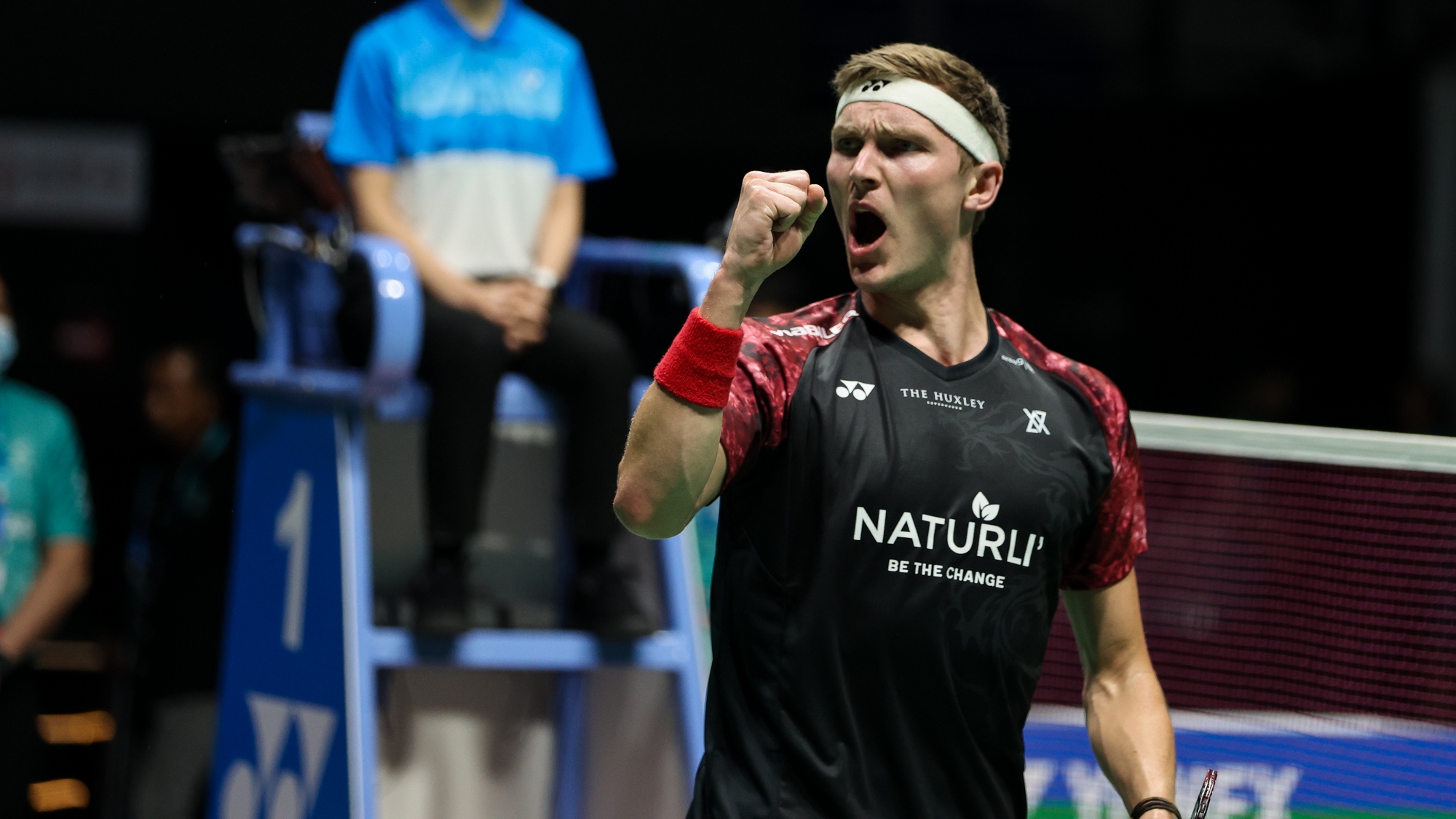 Viktor Axelsen successfully defended his men’s singles crown at the Petronas Malaysia Open, while Zheng Siwei and Huang Yaqiong were also triumphant in the defence of their mixed doubles titles.

Reigning YONEX All England champion and world No.1 Axelsen had a tough start to his campaign, having to battle from a game down to beat fellow Dane Rasmus Gemke in the opening round.

However he did not drop another game throughout the rest of the tournament and dispatched the unseeded Kodai Naraoka 21-6 21-15 in Sunday’s final to triumph.

This week’s run in Kuala Lumpur maintains Axelsen’s recent dominance at this level with this being a ninth straight final at BWF Super 1000 events, having only lost once in those nine finals.

Elsewhere, it was a dominant week for Zheng and Huang who did not drop a single game in a successful defence of their crown.

After comfortably reaching the last four the Chinese pairing, top seeds at the tournament and the top-ranked pairing in the world, defeated unseeded Indonesians Dejan Ferdinansyah and Gloria Emanuelle Widjaja 21-16 21-18 to progress to the final.

And there they delivered a stylish performance in a blockbuster final, overcoming Yuta Watanabe and Arisa Higashino 21-19 21-11 to triumph.

It was a dominant week for those at the very top of the game, with all five events being won by each discipline’s respective world No.1.

There was a blockbuster semi-final line-up in the women’s singles event, with the top four seeds – also the top four players in the world – reaching that stage.

Ultimately it was the top two players in the world facing off in the final, with the world No.1 and top seed Akane Yamaguchi defeating third seed Tai Tzu-Ying and An Se-Young battling past fourth seed Chen Yufei.

Se-Young initially had the upper hand in the final, but Yamaguchi rallied to win 12-21 21-19 21-11 and continue her recent dominance in the women’s game.

Chen Qingchen and Jia Yifan were triumphant in the women’s doubles and were among the most emphatic victors of the tournament, not dropping more than 17 points in a game.

After defeating the Stoeva sisters 21-17 21-17 in the last eight, the Chinese pairing progressed to the semi-final after opponents Apriyani Rahayu and Siti Fadia Silva Ramadhanti retired early into the second game.

Qingchen and Yifan were favourites for their final against unseeded Korean pair Baek Ha-Na and Lee Yu-Lim, and impressed as a 21-16 21-10 saw them take home the title.

Meanwhile, Fajar Alfian and Muhammad Rian Ardianto cemented their recent rise to the top of the men’s doubles world rankings with victory in Malaysia.

The Indonesian pairing did not have it all their own way early on, having to rally from a game down in their first three matches to reach the last four stage.

Several players will now be heading to New Delhi for the YONEX SUNRISE India Open, which will take place this coming week.