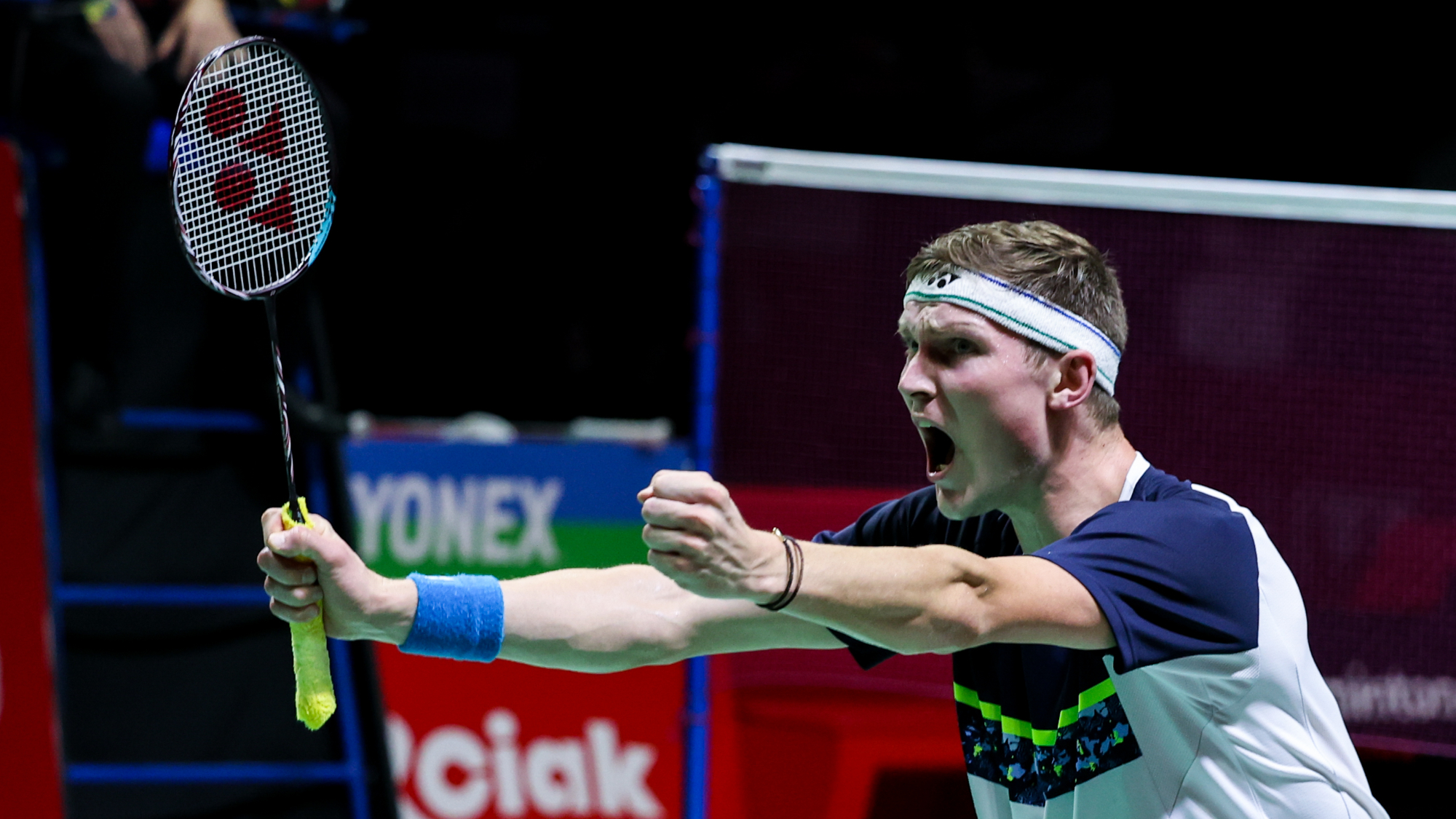 The Danish ace was at the top of his game to dispatch Taiwan’s Chou Tien-chen in straight sets, 21-10, 21-12, inside 41-minutes at the Istora sporting arena in Jakarta.

Tien-chen, who was runner up at the Yonex All-England back in 2020 after also losing a final to Axelsen, was seeded third in the draw having been in good form so far this year.

But the Dane was too strong on this occasion and never looked like he wouldn’t secure the title, one of the few not to have already graced his trophy cabinet.

Axelsen’s victory came after he ended the run of home favourite Anthony Sinisuka Ginting in the semi-finals.

In the women’s singles, China’s Chen Yufei overcame Thailand’s Ratchanok Intanon to top the podium for the first time since her gold medal at the 2020 Olympics in Tokyo last summer.

In what was the only three-set final on Sunday, Yufei was forced into a decider after world number eight Intanon was able to find momentum in the second game.

But Yufei, who was runner-up in the Thailand Open last month, showed the resilience that took her to Olympic gold in the closing game, eventually rounding off a 21-16, 18-21, 21-15 win.

The biggest surprise in the women’s draw came earlier in the week when second seed An Se-Young was eliminated in the second round, after losing out to American Iris Wang.

Yufei wasn’t the only Chinese success of the weekend, with top-seeded duo of Zheng Siwei and Huang Yaqiong securing the mixed doubles title after a comfortable win over France’s Thom Gicquel and Delphine Delrue.

In the women’s doubles there was no surprise as top seeds, Jia Ya Fan and Chen Qing Chen defeated the Indonesian team of Apriyani Rahayu and Siti Fadia Silva Ramadhanti, 21-18, 21-12.