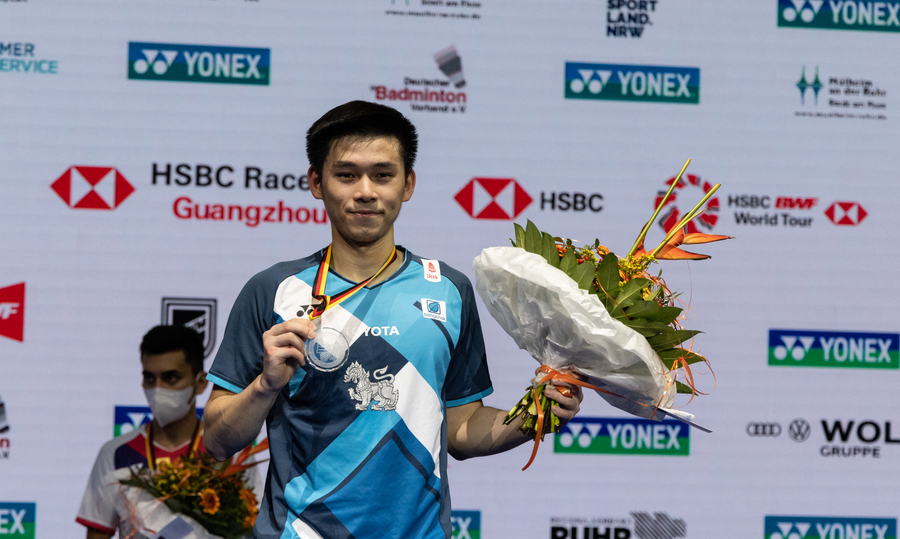 The last stop on the road to the 2022 YONEX All England Open unfolded in Germany this week.

Players from around the globe headed to Mulheim for the YONEX Gainward German Open as final preparations for Birmingham took shape.

There was a shock in the men’s singles where top seed and world number one Viktor Axelsen failed to make the final after losing to Lakshya Sen in a see-saw three game match.

But despite the big scalp Sen wouldn’t lift the trophy, defeated himself by Thailand’s Kunlavut Vitidsarn on court two, 21-18, 21-15.

Hi Bing Jiao built momentum ahead of All England next week, by lifting the women’s singles title.

Top seed Tai Tzu Ying was beaten 21-15, 21-18, by Japan’s Sayaka Takahashi in the second round and will be looking to improve next week.

The favourites did leave with the trophy in the women’s doubles, Chen Qing Chen and Jia Yi Fen winning the final against Gabriela Stoeva and Stefani Stoeva of Bulgaria.

And it was Malaysians Goh Sze Fei and Nur Izzuddin who claimed the men’s title.

They were up against the highly rated Chinese duo Liu Yu Chen and Ou Xuan Yi, but managed to lift the title following a lengthy battle on court two with the final score reading 23-21, 16-21, 21-14.

They reached the quarter-finals after gruelling three set wins over both Malaysians Chen Tang Jie and Peck Yen Wei in the first round, and also Supak Jomkoh and Supissara Paewsampran from Thailand.

Their brave run came to an end on Saturday when Ou Xuanyi and Haung Ya Qiong, ended the English pairs hopes of lifting the title.

The Chinese pair, who have previously helped their country to Asian Mixed Team Championships gold, just had too much on the big points, edging a close semi-final 21-18, 21-19.

But Ellis and Smith will take confidence from an excellent run that has given them a good run on the court ahead with All England looming.