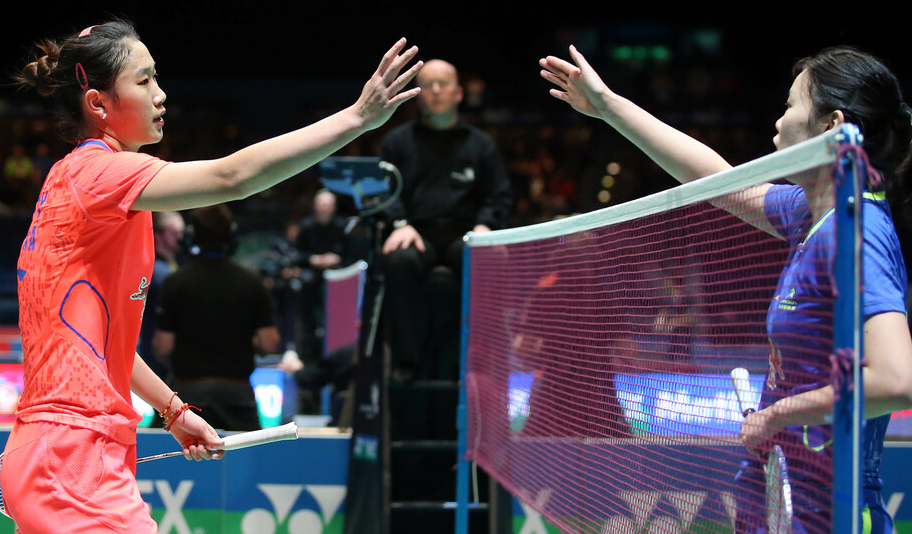 The biggest shocks and best shots in All England history

Stunning shots and shocks in equal measure have always been evident at the Yonex All England Open down the years, from surprise champions to early-round upsets.

The 114th edition of the event will take place on 16-20 March 2022 – and with tickets now on general sale, you can secure your seat at Utilita Arena Birmingham to watch this year’s champions crowned.

So with the countdown on until this year’s glittering tournament, let’s take a look at some of the most memorable shocks and trick-shots from the archives.

Perhaps the biggest upset in the 123-year history of the All England Championships came 19 years ago.

At the peak of his powers, Hong was then playing his third All England final, having beaten Budi Santoso in straight sets the previous year.

Hafiz had never won a BWF title prior to the tournament, although had succeeded on English soil the previous year, winning a Commonwealth Games gold in Manchester.

Even after a surprising run to the final, few expected him to compete with Chen.

But the Malaysian became the first unseeded player to lift the title in 15 years, after a brilliant 17-14, 15-10 win.

Back in 2015, Li Xuerui was very much the player to beat in the women’s singles.

One of the top ranked players in the world, she had already won the All England crown back in 2012, just a few months prior to taking Olympic gold in London.

Seeded first, she cruised through the first round before facing fellow Chinese shuttler Sun Yu.

At this point, Yu had only junior titles to her name, but produced a stunning performance to dismantle one of the tournament favourites as Li was beaten 21-13, 21-13.

At a time when Asia seemed to have a firm grip on the men’s singles title, Poul-Erik Hoyer Larsen became the first European winner in seven years.

In fact, no player from the continent had even reached the final since Morten Frost in 1989.

His victory over defending champion and world No 1, Hariyanto Arbi, was a big upset – particularly as Hoyer Larsen’s 17-16, 15-6 triumph came despite having been 0-7 down in the first game.

The outsider managed to save three game points against a previously invincible Arbi, before gaining complete control in the second.

1988 saw an all-Danish final at Wembley Arena and many expected ex-world number one and ‘Mr Badminton’ Morten Frost to ease to his second All England title.

But the limelight was stolen by fellow Dane Ib Frederiksen, who became the very first un-seeded champion since the system was introduced.

Frederiksen was in fine form against his more illustrious opponent, who had won a silver medal at the World Championships the previous year, winning a three-game thriller.

The fact the outsider even went a set down, before eventually winning 8-15, 15-7, 15-10, makes this one of the biggest upsets in the competition’s history.

It is almost impossible to select only a few best shots from the Yonex All England Championships from the thousands of brilliant ones we’ve seen down the years.

But it would be remiss not to mention the legendary Lee Chong Wei.

As well as being a four-time champion, Lee was an entertainer, producing hundreds of ridiculous shots to thrill the Birmingham crowd down the years.

In the second game of his quarter-final with Shon Wan-ho, the eventual champion made a remarkable recovery in the 29th point, somehow stretching to make a pick-up shot with both himself and the shuttle virtually on the arena floor, before winning the point with a smash.

His highlights reel isn’t short of amazing rallies and shots but even for a talent as unique as Lee, that shot stands out as a moment of pure badminton genius.

Another memorable shot from the archives comes from 1999 champion Peter Gade.

In the 2004 men’s singles final against Lin Dan, he produced a staggering cross-court smash in the 19th point of the opening game.

Lin looked to have finished the rally with a clever lob sending Gade to the back of the court, only for the Dane to produce a flash of brilliance to end the point in an instant, with the Birmingham crowd roaring their approval.