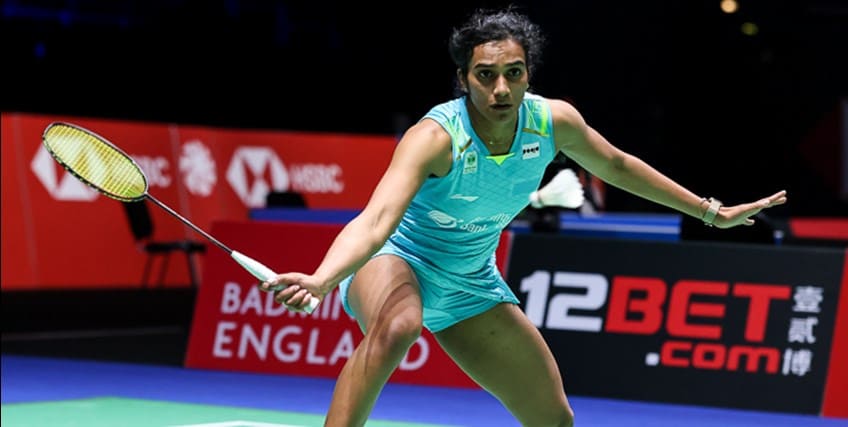 The world’s best badminton stars have had to wait an extra year to launch their bids for Olympic stardom but their patience will soon pay off.

From Saturday, medals will be battled for across five disciplines in 10 days’ worth of exhilarating action inside the Musashino Forest Sport Plaza.

At least four of the gold medallists will be first-timers, with Chen Long the only returning champion from Rio, and there are plenty of contenders looking to spring a surprise.

Ahead of the action getting underway, here is a look at the feast of badminton that awaits in the Japanese capital…

The men’s singles discipline is the only one featuring a defending Olympic champion.

Chen, who also took bronze at London 2012, is looking to match the achievement of compatriot Lin Dan in winning back-to-back Olympic golds and enters the competition seeded sixth, with Raul Must and Pablo Abian lying in wait in the group stage.

Home favourite Kento Momota goes in as top seed as he looks to add Olympic gold to the World Championship crown he earned in Basel in 2019.

Like Chen, the Japanese star begins on Sunday as he takes on American Timothy Lam, with Heo Kwang-hee of South Korea rounding off Group A.

At the other end of the draw, second seed Chou Tien-chen – hoping to win Chinese Taipei’s first badminton Olympic medal – takes on Brian Yang and Felix Burestedt in Group P, which could mean a heavyweight meeting with Chen in the quarter-finals.

The only seeded Europeans are Danish duo Anders Antonsen and Viktor Axelsen, with the latter bidding to upgrade the bronze he won in Rio.

The pair played out a memorable semi-final at the 2021 YONEX All England Open in March, with Axelsen triumphing 21-17 in the deciding set.

Axelsen’s conqueror in Birmingham, Malaysia’s Lee Zii Jia, is seeded ninth in Tokyo and has a tough task ahead if he is to replicate his triumph, with Chen his potential opponent in the elimination round before a possible meeting with Chou in the last eight.

With reigning champion Carolina Marin forced to withdraw through injury, there will be an array of shuttlers fancying their chances of a podium place in an open women’s singles draw.

Chief among them will be India’s PV Sindhu, beaten by Marin in the gold medal match five years ago.

Sindhu went on to claim singles silvers at back-to-back World Championships as well as the 2018 Commonwealth Games before scratching the golden itch with her maiden world title in 2019.

Sindhu is seeded sixth and lines up in Group J alongside Cheung Ngan Yi and Ksenia Polikarpova while Nozomi Okuhara, bronze medallist in Rio, is in Group E.

Third seed Okuhara, the reigning YONEX All England Open champion, is in Group E while her compatriot Akane Yamaguchi, seeded one place lower, is in Group L – where she will face Team GB’s Kirsty Gilmour, the two-time European silver medallist eager to impress on her second Olympic appearance.

Top seed Chen Yufei, who along with Tai Tzu-ying will advance straight through to the quarter-finals should both top their group, could face 19-year-old South Korean prospect An Se-young in the last eight.

Sixteen pairings will battle it out in the men’s doubles, with the top two from each group advancing to the quarter-finals.

YONEX All England Open 2021 champions Hiroyuki Endo and Yuta Watanabe are the headline act in Group B while the pair they beat in the all-Japanese final at the Utilita Arena, Takeshi Kamura and Keigo Sonoda, are in Group C alongside Chinese third seeds Li Junhui and Liu Yuchen.

Mohammad Ashan and Hendra Setiawan, who claimed World Championship gold in 2019, are in Group D and enter as second seeds behind their compatriots Gideon and Sukamuljo.

Setiawan has the chance to earn a second Olympic medal 13 years after his first, having taken gold home from Beijing in 2008.

Misaki Matsutomo and Ayaka Takahashi ended China’s two-decade spell of women’s doubles Olympic dominance in Rio but they will not be back to defend their title on home soil following Takahashi’s retirement last summer.

There is no shortage of Japanese contenders to take the top step of the podium this time around, however, with two of the top three seeded pairs belonging to the home nation.

Both were finalists at the Yonex All England Open earlier this year, when Mayu Matsumoto and Wakana Nagahara beat Yuki Fukushima and Sayaka Hirota in straight sets.

But it’s world number one ranked pairing Fukushima and Hirota who go in as top seeds this summer, with Team GB’s Lauren Smith and Chloe Birch – ranked 14th in the world – among their opponents in Group A.

Matsumoto and Nagahara are in Group B while Chinese second seeds Chen Qingchen and Jia Yifan have some tough battles ahead in Group D.

World number six-ranked pair Seo Seung-jae and Chae Yoo-jung join the favourites in Group A, while British pair Marcus Ellis and Lauren Smith line up in Group B.

Ellis is hoping to add a second Olympic medal to his tally, having claimed men’s doubles bronze alongside Chris Langridge in Rio, and he and Smith will hope to seal qualification before meeting third seeds Dechapol Puavaranukroh and Sapsiree Taerattanachai in their final group match.