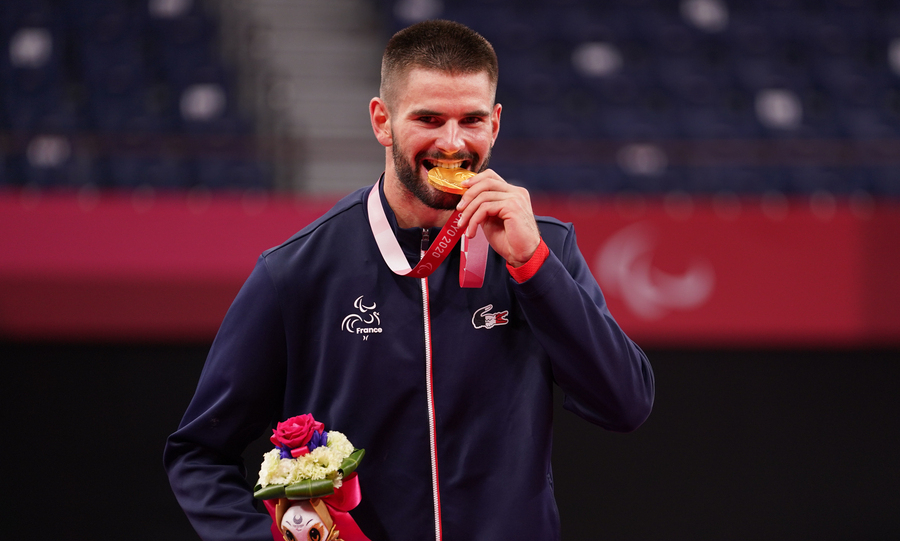 A look back at the 2020 Paralympic Games

As 2021 draws to a close we’re continuing our look back at some of the season’s highlights.

Today we’re looking back at the delayed Tokyo 2020 Paralympic Games, which marked the first-time para-badminton was included in the event programme.

14 different disciplines took place (seven male, six female, one mixed doubles) with a thrilling results and exciting matches across the board.

One of the highlights came when Qu Zimo won the men’s singles WH1 gold after a brilliant performance in the final against Korea’s Lee Sam-seop, winning 21-6, 11-6 as the runner-up retired.

This included one for Sarina Satomi who beat Thailand’s Sujirat Pookkham in a thrilling three-game final, 14-21, 21-19, 21-13, in the WH1 women’s singles discipline.

Meanwhile, the only European gold of the Games went to France’s Lucas Mazur who triumphed in the men’s singles SL4 category.

“I’ve been waiting for this moment for a long time,” says Lucas Mazur. “Today I was there, today I was the best and today I am the Paralympic champion.”

Elsewhere, Paralympics GB sent a squad of four athletes out to Japan.

The team certainly didn’t disappoint, producing some memorable moments on their way to not one, but two medals!

Bethell managed to make it to the final against world number one Pramod Bhagat, after winning his group before comfortably beating fellow Indian Manoj Sarkar in the semi-final, 21-8, 21-10.

He even gave Bhagat a tricky contest at the Yoyogi National Gymnasium, eventually being beaten 21-14, 21-17 in a hard-fought gold medal match.

“I’m so happy with this week,” he said after the final.

“It was my dream to win a Paralympic medal and to do that, it’s just fantastic.

“I really wanted to come here and win the gold but it just wasn’t to be today.

“I thought Pramod played really well and I just never got to the level I expect of myself. He made it hard for me.

“His attack was so good and kept the pressure on all the time. He did really well to come back at me in the second set after the good start I had.

“The medal is such a big milestone for me. To be on the podium will be such a proud moment and I’ll definitely be having a smile on my face.”

He wasn’t the only Brit to be on the flight home to be wearing a medal, after a brilliant SH6 men’s singles tournament from Krysten Coombs.

The 31-year-old and World Championship gold medallist, booked a semi-final spot after an impressive straight games win over another Paralympics GB team member, Jack Shephard, who was seeded first.

It was a difficult scenario for the two close friends and doubles partners, with Shephard exiting at the group stage, but Coombs went on to a last-four showdown with Krishna Nagar.

The Indian had too much on the day and triumphed 21-10, 21-11 to reach the final, which he eventually won. But Coombs’ Tokyo adventure wasn’t over yet.

He then faced off against Brazil’s Vitor Goncalves Tavares in the bronze medal match knowing he still had a chance of making history in Japan.

After a sensational win, Coombs said he hoped his triumph would inspire others.

“It’s a dream come true,” he said. “To be able to come away from these amazing Games with a bronze medal, it’s just unreal.”

The event was a huge success and we look forward to seeing para-badminton return to the programme in Paris 2024!

Don’t miss out,  get your tickets today.