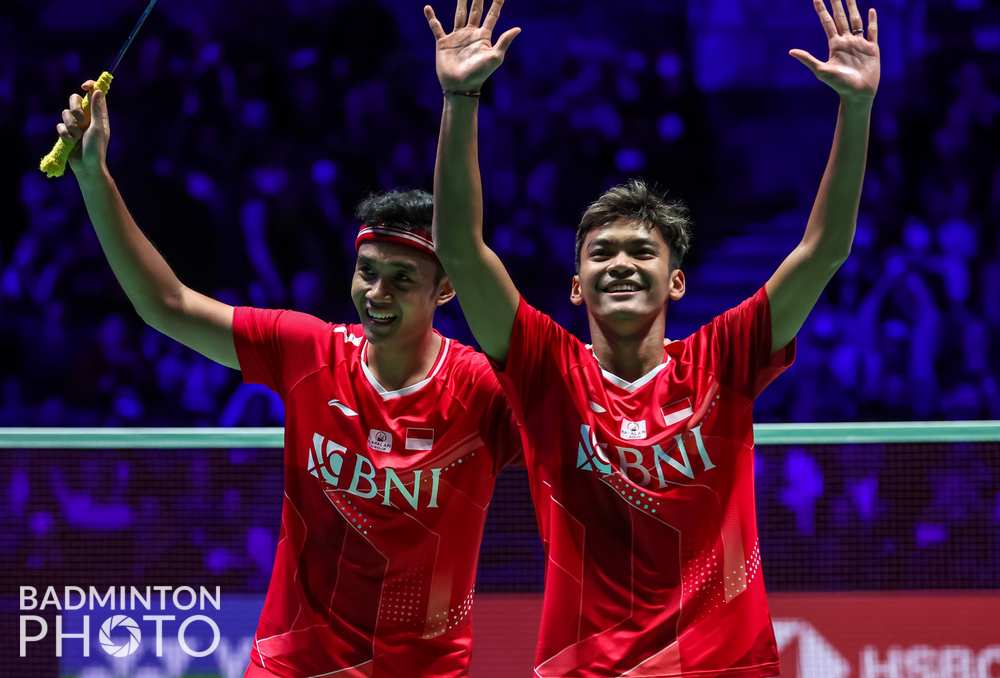 Top seeds Tai Tzu-ying and the famous ‘Minions’ were both knocked out within the first two hours of semi-final day at the YONEX All England Open.

The Taiwanese star put the women’s singles draw on notice with a dominant quarter-final display to knock out reigning champion Nozomi Okuhara of Japan.

Tai was able to dominate Okuhara physically on Friday but found herself outrun by South Korea’s An Seyoung, who surged through to the final with a stunning 21-19, 21-13 triumph.

“I think I felt butterflies in my stomach,” said An. “Being able to play on one court where the whole audience is paying attention to you was really enjoyable. It was really fun.

“I am very satisfied and chuffed about the outcome of today’s match.

“I didn’t have a particular tactic for today’s match. But my attitude is to always learn from the match and don’t give up, and then hopefully I can have a good result. We know each other quite well. I think my conditioning was quite good today.”

An jumped into a 4-0 lead in the first set and never let go, despite Tai’s customary resurgence seeing her win six successive points and pull it back to 13-12. The second set started on an even footing at 5-5, but the fourth seed took control and wrapped up victory in 40 minutes.

The 20-year-old has been a dominant force in top tournaments since Tokyo, winning all three major titles of November’s Bali swing, the Indonesia Open, Indonesia Masters and the BWF World Tour Finals. Tai was left trailing in her wake.

Tai said: “I think for both games I was in a rush and trying to catch the points. I made a lot of mistakes. In the first game, I was trying to catch up with the scoreline and I just made more mistakes. So that affected the result.

“I think An Seyoung is very stable on court and very good at running. I was really trying to attack. Her defence is also brilliant, so my attacks didn’t really work.”

A heaving Utilita Arena Birmingham crowd were treated to a right royal upset on the first game of the weekend and that continued in the second.

The all-Indonesian men’s doubles went the way of the junior pairing as Kevin Sanjaya Sukamuljo and Marcus Fernaldi Gideon fell short in their bid for a third title here.

They were outbattled and outlasted by junior team-mates Muhammad Shohibul Fikri and Bagas Maulana, who sit 27 places lower in the world rankings but soared to a 22-20 13-21 21-16 victory.

The pairs have met on two occasions and Fikri and Maulana have taken the spoils on both occasions.

“We are really very happy,” said Fikri. “We can’t describe how happy we are. We complimented each other very well and competed very well.”

Fernaldi Gideon said: “They played very well today. We weren’t on our top form and were always under pressure. They played with nothing to lose and we have more pressure, of course, because we are the senior ones.”