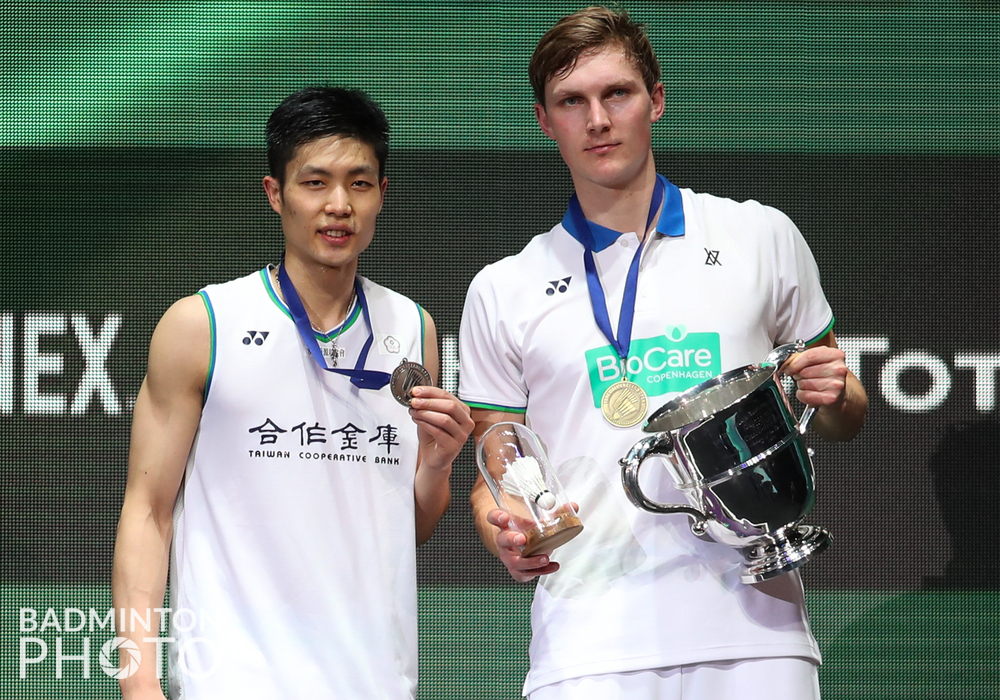 2020 champion Viktor Axelsen will be the top seed in this year’s YONEX All England Open men’s singles.

Defending champion Lee Zii Jia is the sixth seed, while Anders Antonsen and Chou are third and fourth respectively.

In the women’s doubles China’s Chen Qingchen and Jia Yifan are the top seeds, looking for a second YONEX All England Open title after their triumph in 2019.

The Japanese team of Mayu Matsumoto and Wakana Nagahara are seeded fifth after winning the tournament 12 months ago and will be looking to retain their crown.

Their fellow countrymen Hendra Setiawan and Mohammad Ahsan are seeded second, with an all-Indonesia final a genuine possibility in Birmingham.

Japan’s Takuro Hoki and Yugo Kobayashi are third, aiming to keep their country’s streak in this event, after Yuta Watanabe and Hiroyuki Endo won in both 2020 and 2021.

In the mixed doubles, Thailand’s Dechapol Puavaranukroh and Sapsiree Taerattanachai will be the ones to watch out for. They are currently ranked as the best in the world, and are seeded first.

The team have yet to win a YONEX All England Open title and will be looking to change that in 2022.