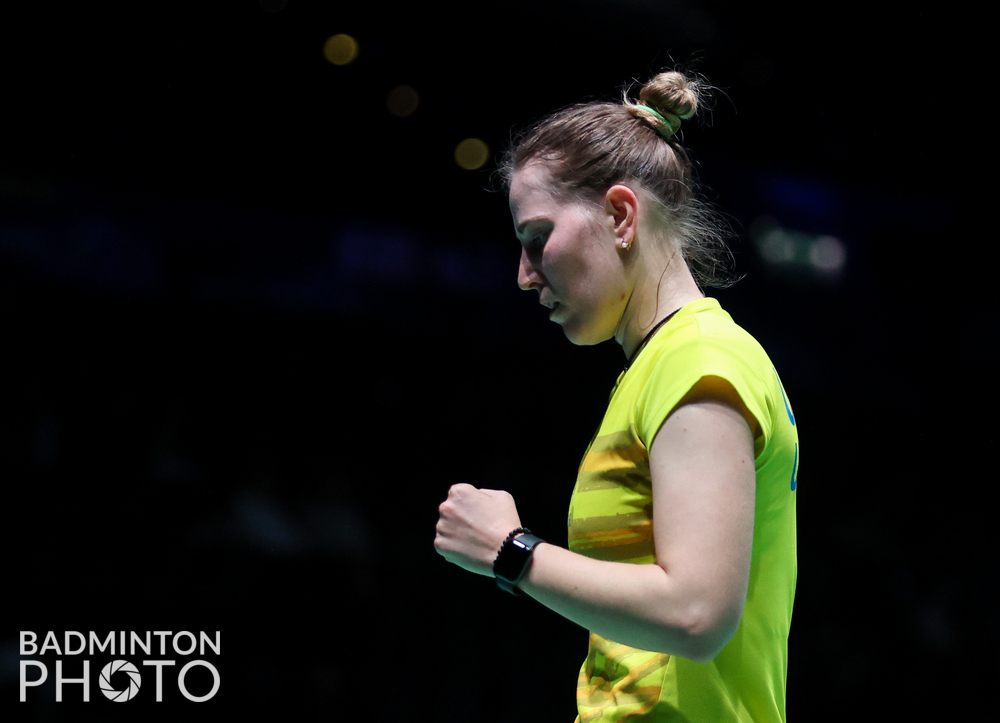 Ukrainian Maria Ulitina took her country’s battle to the badminton court and made the unlikeliest of appearances at the YONEX All England Open.

The world No.58 was seventh reserve in the women’s singles draw but drafted in at the last minute on a visa waiver, getting to represent her country at the sport’s oldest tournament.

One of the first Ukrainian athletes to enter Britain and compete since the Russian invasion of her country, Ulitina’s campaign lasted only 19 minutes but it meant a whole lot more.

“I am really happy to represent my country in such hard times,” said Ulitina.

“It’s a dream tournament for me. This is the first time for me here, I’m really grateful for Badminton England that they helped me to get here and to get the permission to arrive without a visa.

“I’m really happy but I never felt I would be in such a situation.

“It was hard to control my emotions because I have this worrying feeling inside, all the time. We’re always hearing news and keeping in touch, so it’s tough.

“People need to hear some positives. When people are fighting there, I try to fight here for the country.”

“I wasn’t practising that much because of the war and I would be a lot happier if I could show a better game today,” she said.

Ulitina is from Dnipro in the east of Ukraine, a city targeted by air strikes for the first time last week.

She close to flee Dnipro and the 30-year-old, who has just recovered from Covid, left her family, friends and country behind for refuge at a badminton club in Pécs, Hungary.

With bare essential possessions she drove for four days straight, covering 1000km to the border with her phone pinging with news of the safety of her nearest and dearest.

“I wanted to stay at home with my country, with my people,” she explained, “but I couldn’t do much by staying there.

“The best I could do was go and do my job and play to represent the county. That was the main thing.”

Most of Ulitina’s family have fled Ukraine but her brother remains, with only women and children allowed to leave the country at this time, as well as many friends.

“They are in my heart, all of the time,” she said.

“My brother is in one of the safest parts of Ukraine but they are dropping bombs on the airports and I just hope it won’t happen like it did, in cities like Mariupol, where they are killing civilian people, women and children.

“It is real. Nobody could imagine this would happen in the 21st century.”

Ulitina, who will now return to Hungary, kept her composure throughout post-match interviews but emotion seeped into her voice as she used her platform to address the world.

“This is a real war and we need to stop it,” she said. “Stop war and please, please, close the sky. This is what we need.”