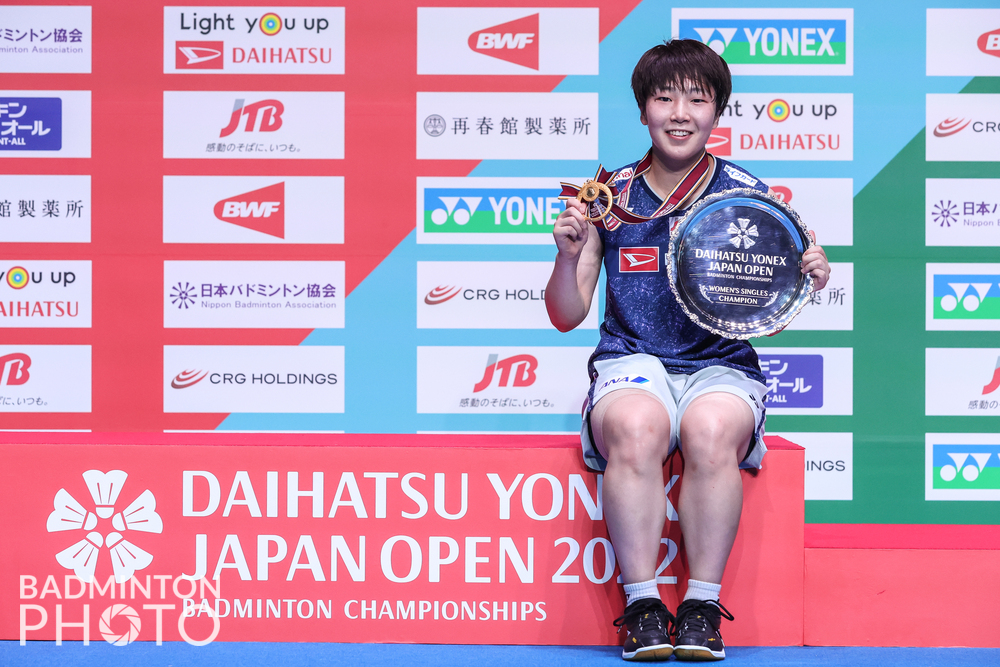 Akane Yamaguchi credited her home crowd for propelling her to a second top-level victory inside a week at the DAIHATSU YONEX Japan Open.

The YONEX All England champion backed up her World Championship win in Tokyo with a hard-earned Super 750 success in Osaka seven days later.

Yamaguchi beat Olympic gold medallist Chen Yufei in a three-game semi-final thriller and then overwhelmed An Se Young 21-9 21-15 in the final.

“It was unbelievable for the crowd to cheer you on the way they did and it feels great to be able to respond to all the support”.

There was more Japanese success in men’s singles as Kenta Nishimoto stunned fourth seed Chou Tien Chen to claim the first individual title of his career.

He saved another career-best effort for the showpiece and slayed yet another top ten star. He was pegged back by Chou Tien Chen at 23-21 in the second having won the first game but prevailing 21-17 in the rubber.

“I’m full of joy but I’m so relieved I won a title”, said Nishimoto, who had lost six previous BWF World Tour finals.

“I was really nervous. Before the match I felt like I was going to throw up. But I just had to go out there and do it so I’m glad with how things turned out.

“There was a period when I couldn’t come up with the results I wanted but I hope I can get some momentum going from here. This goes to show I’ve been on the right track all long and I want to make sure to sustain it.

There were contrasting fortunes for the Japanese contingents as repeat YONEX All England champions Yuta Watanabe and Arisa Higashino were denied in the mixed doubles.

The pair were beaten 16-21 23-21 21-18 by Thailand’s Dechapol Puavaranukroh and Sapsiree Taerattanachai having also settled for second at the World Championships.

China’s Liang Wei Keng and Wang Chang won their first title in just their fifth tournament together in men’s doubles.