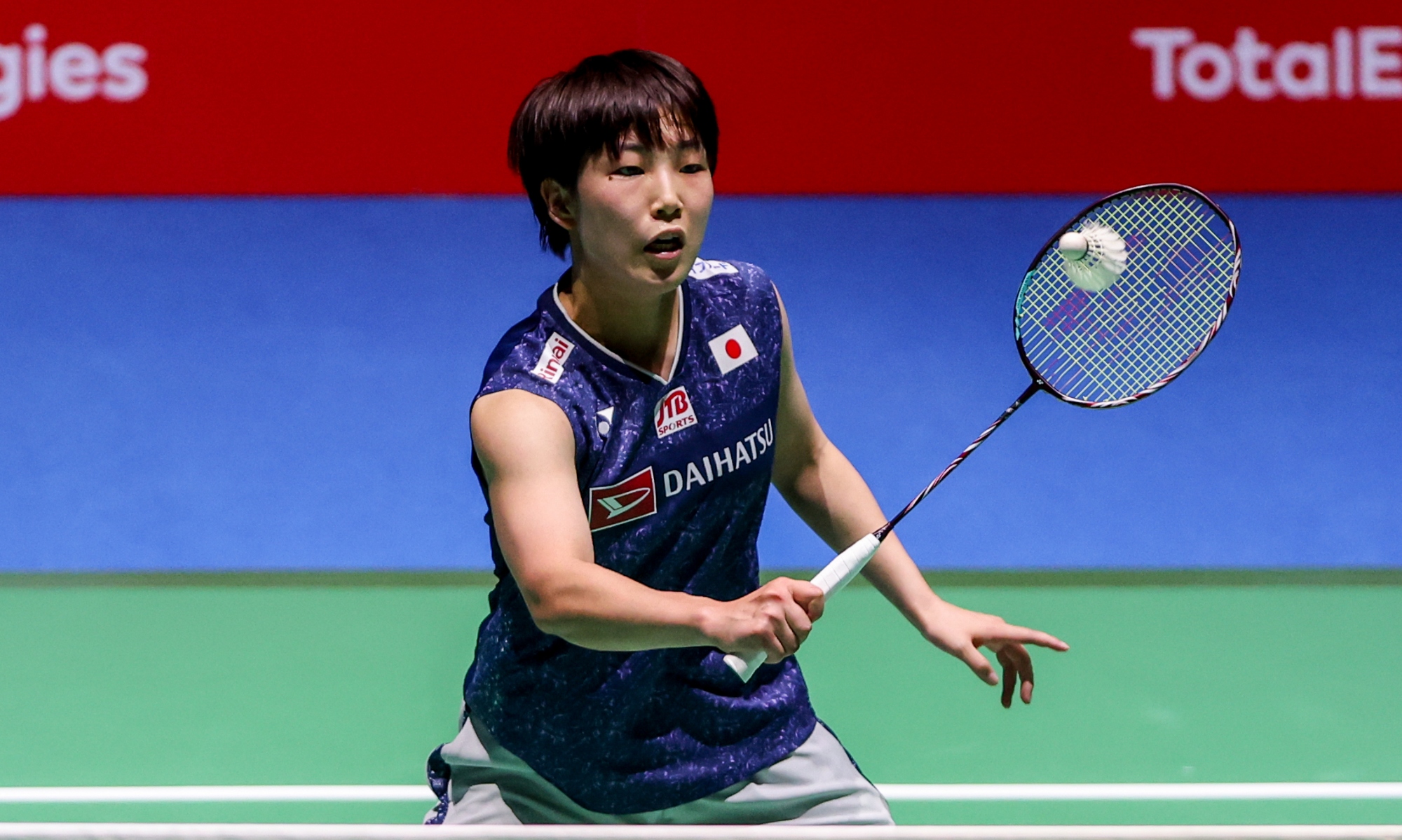 Newly-crowned women’s singles world champion Akane Yamaguchi will return to the court at the Daihatsu YONEX Japan Open 2022 this week.

The 25-year-old will face India’s Saina Nehwal in the first round as the competition gets underway at the Maruzen Intec Arena Osaka on 30 August and runs to 4 September.

Yamaguchi crashed out in the quarter finals at her home Olympics last year but returned to take top spot at the YONEX All England Championships 2022 and recent World Championships in Tokyo.

Japan’s second seed and YONEX All England 2021 winner Nozomi Okuhara has withdrawn from the competition along with India’s PV Sindhu.

In the men’s singles, Viktor Axelsen will miss out on another tilt at glory after a stunning world title claim in Tokyo last week.

The Olympic and YONEX All England champion has also withdrawn from the competition which will now leave Japan’s Kento Momota as the top seed.

Momota will face Indonesia’s Chico Aura Dwi Wardoyo in the first round and will aim for his first title since the Daihatsu Indonesia Masters 2021.

Dates for the YONEX All England Open Badminton Championships 2023 are soon to be announced. Register your interest for tickets in the link below.https://t.co/94TRBZlseK#YAE23 pic.twitter.com/BCfdZQvlU5

Ben Lane and Sean Vendy will take to the court for England after a brilliant World Championships performance saw them take down number one seeds Marcus Fernaldi Gideon and Kevin Sanjaya Sukamuljo 21-15, 21-9 before tasting defeat in the last eight.

The men’s doubles pairing will be up against Japan’s Keiichiro Matsui and Yoshinori Takeuchi as they look to continue top form past the quarterfinals.

Indonesia’s top seeds Gideon and Sukamuljo will be looking to avenge their World Championships defeat as they take on Malaysia’s Wei Chong Man and Kai Wun Tee in the first round.

Women’s doubles top seeds Chen Quingchen and Jai Yifan will be back in action after sealing their world championship crown.

The Chinese pairing will face Hong Kong’s Nha Ting Yeung and Pui Lam Yeung in the first round.

And with the Japanese second seeds withdrawing, the pair could find their closest competition in Korea’s So Hee Lee and Seung Chan Shin or Nami Matsuyama and Chiharu Shida in later rounds.

Lee and Shin themselves will face an exciting first match against world number 11 pairing Pearly Tan and Muralitharan Thinaah who have made multiple semi-final appearances this year.

The match will be a replay of the first round in Birmingham where the Japanese pairing came out on top 21-4, 21-5.

But this time they will be looking to build momentum throughout the competition in a bid to avenge their world championship final loss to top seeds Si Wei Zheng and Ya Qiong Huang.