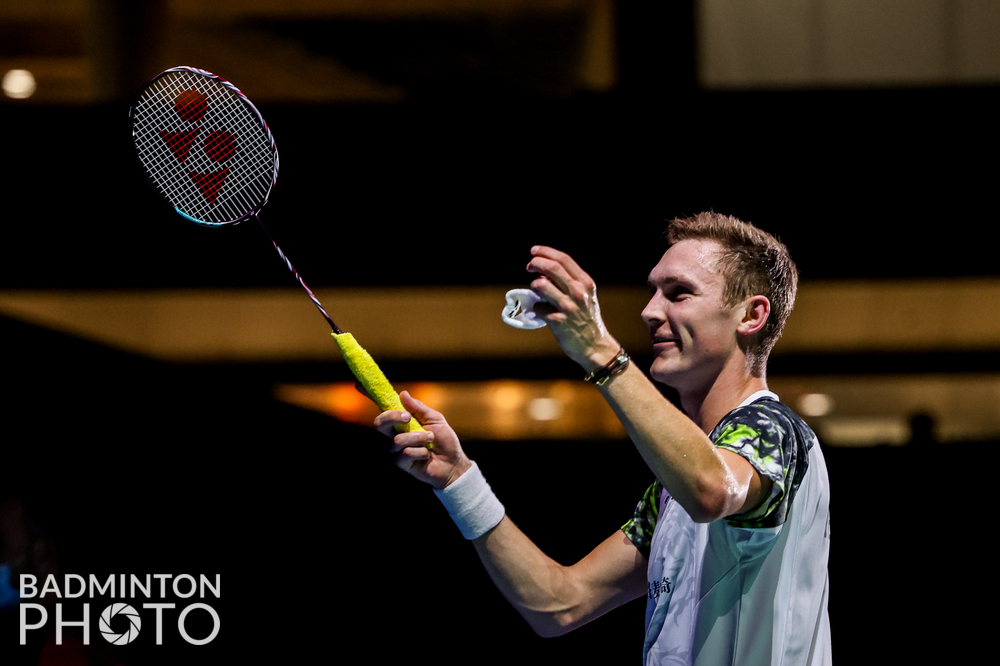 The great Dane’s first world title since 2017 was the crowning glory of an incredible year that has yielded the YONEX All England crown and Olympic gold in the Japanese city.

He said: “It was nice to finally see the Japanese badminton fans in the eyes and say ‘thank you for the support.’

“It has been an amazing atmosphere during this week and for me to win here in Tokyo is really special.”

Axelsen has lost only one match on the BWF World Tour this season, to India’s Lakshya Sen, who he beat in the final of the YONEX All England Open 2022.

In contrast to Axelsen, Yamaguchi was out for redemption having exited her home Olympics at the quarter-final stage last summer.

Having beaten 2016 Olympic champion Carolina Marin and highly-fancied An Se Young en route to the final, the Katsuyama native ran out winner over China’s Chen Yufei in a 21-12 10-21 21-14, hour-long classic.

Top seeds Zheng Si Wei and Huang Ya Qiong of China overturned the result of the YONEX All England final in the mixed doubles final.

They unseated Japan’s Yuta Watanabe and Arisa Higashino 21-13 21-16 in a superb display to win their third global gold.

The men’s doubles ‘Daddies’ were beaten at the BWF World Championships for the first time by Malaysia’s Aaron Chia and Soh Woo Yik.

The pair were crowned Malaysia’s first-ever world champions in the sport with a sublime 21-19 21-14 win.